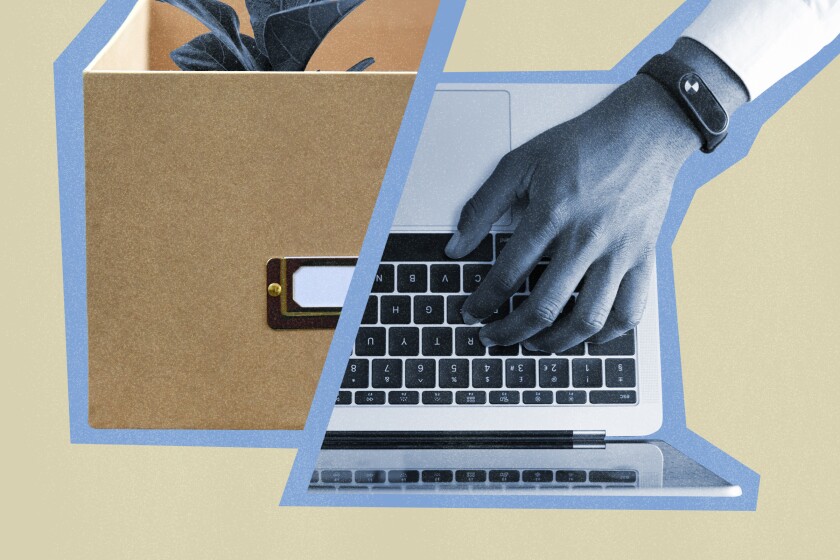 The great post-Labor Day comeback to the office didn’t happen.

COVID-19’s summer surge thwarted expectations that fall would be the time to start working side by side again, with kids back in school and the pandemic on the wane.

Many businesses decided to keep working remotely, but the consensus among corporations seems to be that the office isn’t dead. Office leasing in Los Angeles County showed positive signs in the third quarter as some employers looked ahead and rented space.

For now, though, most office buildings remain sparsely occupied.

“The Delta variant caused some companies to reevaluate their return-to-office plans,” real estate broker Todd Doney of CBRE said. “Many have pushed it into 2022.”

Banking giant Capital One, for example, said last summer that it would reopen offices in September and then pushed the comeback to early November. A few days ago, Capital One told employees that offices will not reopen until sometime in 2022 and that Mondays and Fridays will remain virtual workdays.

“The highly contagious Delta variant has put a damper on our aspirations,” Chief Executive Richard Fairbank said in a statement. He also acknowledged that remote work has been hard on many employees.

“Throughout this pandemic, feelings of Zoom burnout, personal isolation, and a lack of human and team connection have been evident,” Fairbank said.

The ultimate guide to quitting your job

Leaving your job isn’t always an easy decision. Here’s what you should know before you decide to quit your current role.

The concern that people on a Zoom-type teleconference are just waiting for it to end may be among the reasons managers are signing leases for office space.

“I think there’s a little fatigue of people working at home,” Doney said, and CBRE predicts that returns to the office will “pick up briskly” early next year as long as the Delta variant keeps receding and no other powerful variants emerge.

Los Angeles County saw a net loss of 55,600 square feet of leased office space in the third quarter, clearly an improvement from the net losses of 2 million square feet per quarter during the depths of the pandemic last year and early this year.

The overall amount of unleased space increased slightly from the previous quarter to 18.1%. That’s near the worst highs of the Great Recession, but the uptick is due in part to the arrival on the market of nearly 1.3 million square feet of empty offices in newly converted former wholesale fashion showrooms in California Market Center in downtown Los Angeles, CBRE said. 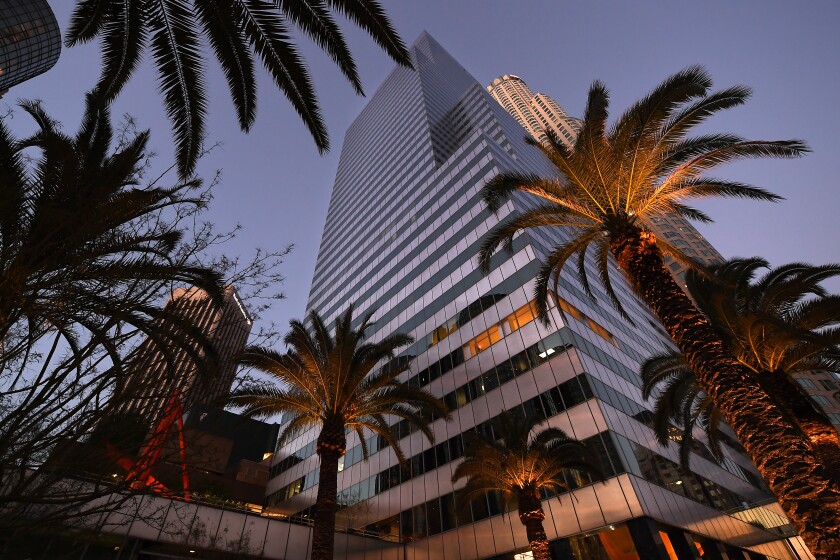 Someday we’ll return to the office. It’ll be nothing like we’ve seen before

With no coronavirus vaccine in sight, employers and building landlords are turning to tech, design and distancing to keep office workers healthy.

Unleased space is typically referred to as “unoccupied” space, but that term has taken on new meaning as many companies no longer fully occupy the space they rent and may never again fill their offices the way they did before the pandemic. Analysts have begun to try to track how many people show up at the office these days.

After talking to clients and performing surveys, CBRE, calculates that when businesses return to a post-COVID world their employees will on average work remotely more than one and a half days a week nationwide.

In 2018, people worked in their offices an average of 4.4 days a week. The average will drop to about 3.35 days a week after the long-delayed return, CBRE estimates.

The expected cutback in time spent in the office may not translate into big cuts in the amount of space companies lease in the future, Doney said.

“A 24% reduction in office time does not equal 24% less space,” he said, especially if people don’t want to share desks on a rotating basis, or people all come in on the same days like the Tuesday, Wednesday and Thursday schedule planned by Capital One.

CBRE estimates that as remote workdays for employees remain standard after the pandemic, U.S. companies will reduce their office space by about 9% per employee on average.

Some employers, particularly entertainment and tech companies in the Los Angeles area, have continued to expand. Others such as healthcare management company MedPoint Management and provider of temporary employees Aquent have markedly reduced their offices as remote work proved feasible during the pandemic.

“People will get much more efficient with their space,” said Chris Cooper, a managing director at real estate brokerage Avison Young, which has created a new index measuring the pace of people returning to the office in the downtowns of major U.S. cities. 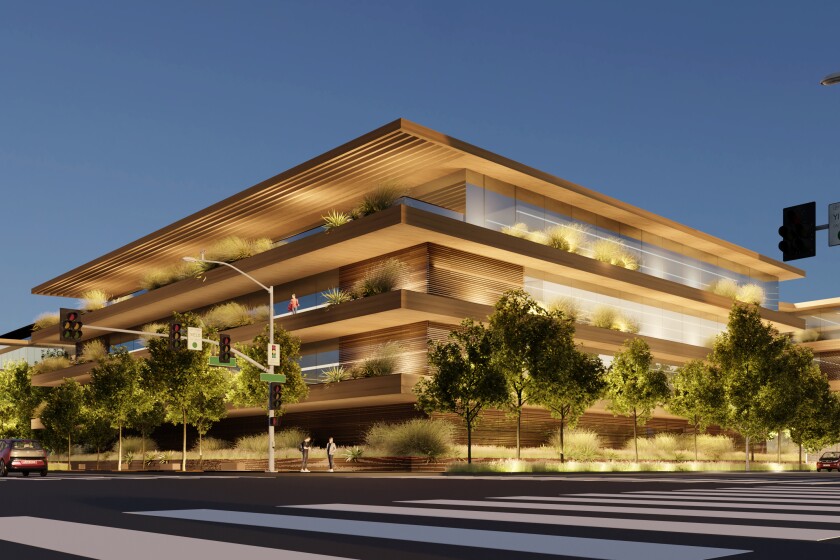 In a sign that competition among streaming entertainment providers will stay heated in the years ahead, Apple announced Friday that it will roughly double its office presence in the Culver City area where Apple TV+ is based.

Tracking daily foot traffic estimates from anonymized cellphone data, the brokerage recently found office visitor volume in Los Angeles down 68% from early March 2020, before the pandemic exodus. San Francisco office visitation was down about 74%, and Boston was the least affected among cities tracked with traffic down 57% from before the pandemic.

Back-to-work data are in demand as employers try to calculate the best time to return to the office and landlords contemplate buying, selling or erecting new buildings, said Sheila Botting, head of professional services in the Americas for Avison Young.

“Everyone is looking for the Goldilocks position — companies don’t want to move too early or too late,” she said.

Similar occupancy results were reported for Los Angeles by Kastle Systems, which provides key-card entry systems used by many companies and tracks patterns of workers card swipes. L.A. offices were about 32% occupied last week, Kastle said, up slightly from the week before. Nationally, average occupancy has risen to 36.1% from 33.6% over four weeks, Kastle said.

Asking rents in Los Angeles rose slightly to $3.88 per square foot per month in the third quarter, CBRE said, because landlords were reluctant to drop the face value of their rents but conceded price reductions to tenants in other ways such as offering them generous allowances to build out their offices and periods of free rent in exchange for signing leases.