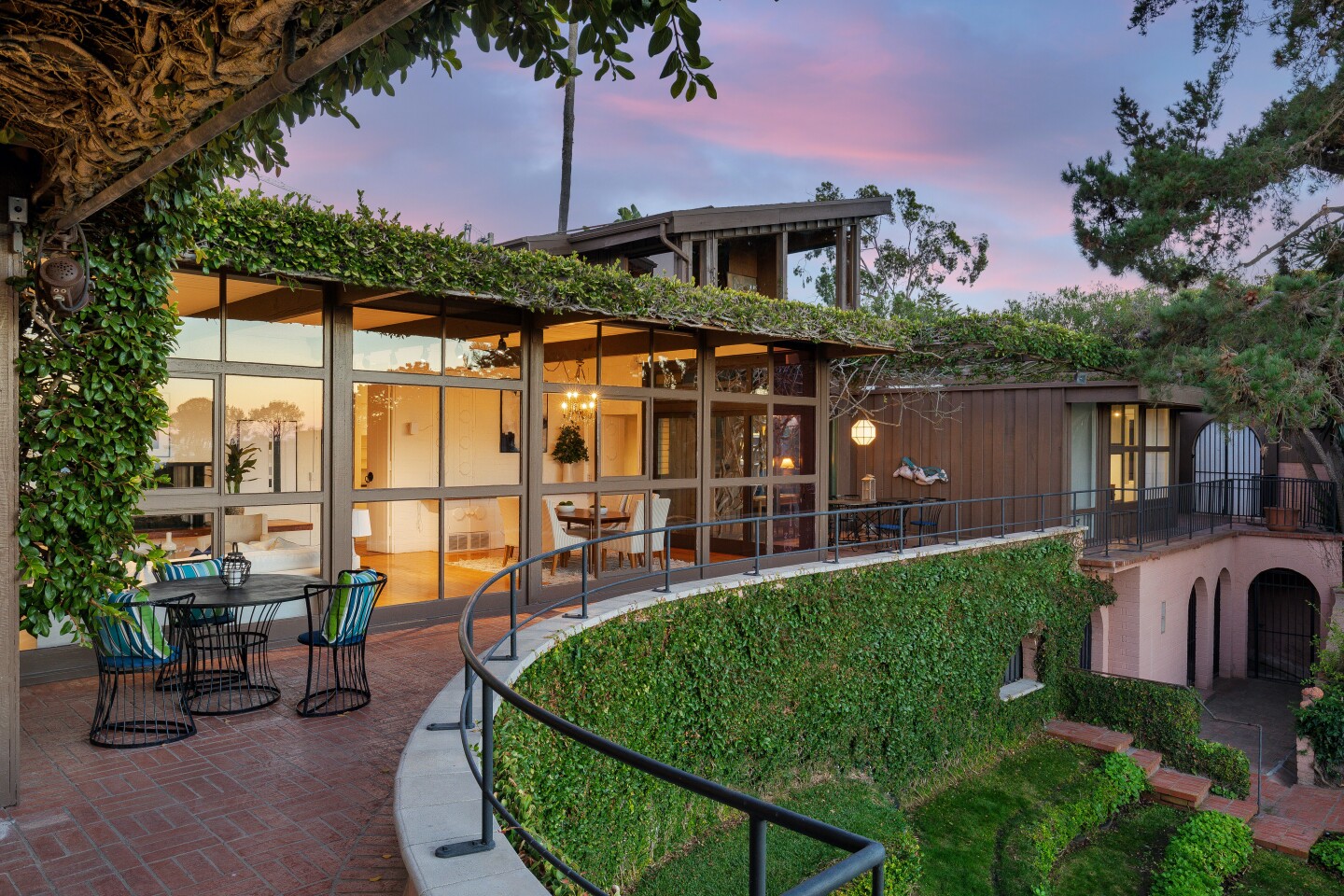 Munk — who died in 2019 at 101 — was a scientist and explorer known for his research on wind and waves at UCSD’s Scripps Institution of Oceanography, which eventually earned him the nickname “Einstein of the Oceans.” He built the home in 1953 and donated it to the school in 2014. Seiche, its namesake, means a standing wave in a body of water.

Found just across the street from UCSD’s campus, the property includes a main house, guesthouse and small amphitheater overlooking the ocean. It was listed on the National Register of Historic Places in July, and later that month, the school announced its intent to sell it, according to the La Jolla Light.

Midcentury in style, the residence features open-concept spaces lined with wood beams and steel-framed windows looking toward the coast. A sunlit foyer kicks things off, leading to a wood-covered kitchen and scenic dining room.

Elsewhere are six bedrooms and 4.5 bathrooms in roughly 3,500 square feet, including a primary suite with dramatic arched windows and a second-story guest suite colored by leafy murals. A patio wraps across the back of the property, stopping by a swimming pool and sunken garden.

In July, UCSD spokeswoman Lauren Fimbres Wood told the La Jolla Light that proceeds from the sale would be distributed equally among the Cecil H. and Ida M. Green Foundation for Earth Sciences, the Scripps Institution of Oceanography and the Kyoto/Munk Fund.

A native of Austria, Munk attended Caltech before joining the Scripps Institution of Technology, where his research on surf forecasting helped American troops land more safely during World War II’s D-day invasion. He was also the first recipient of the Walter Munk Medal, which is awarded by the Oceanography Society each year for extraordinary accomplishments in oceanography.

Brett Dickinson and Ross Clark of Compass hold the listing.

From Indie to KW: One Agent Shares the Impact of His Big Move