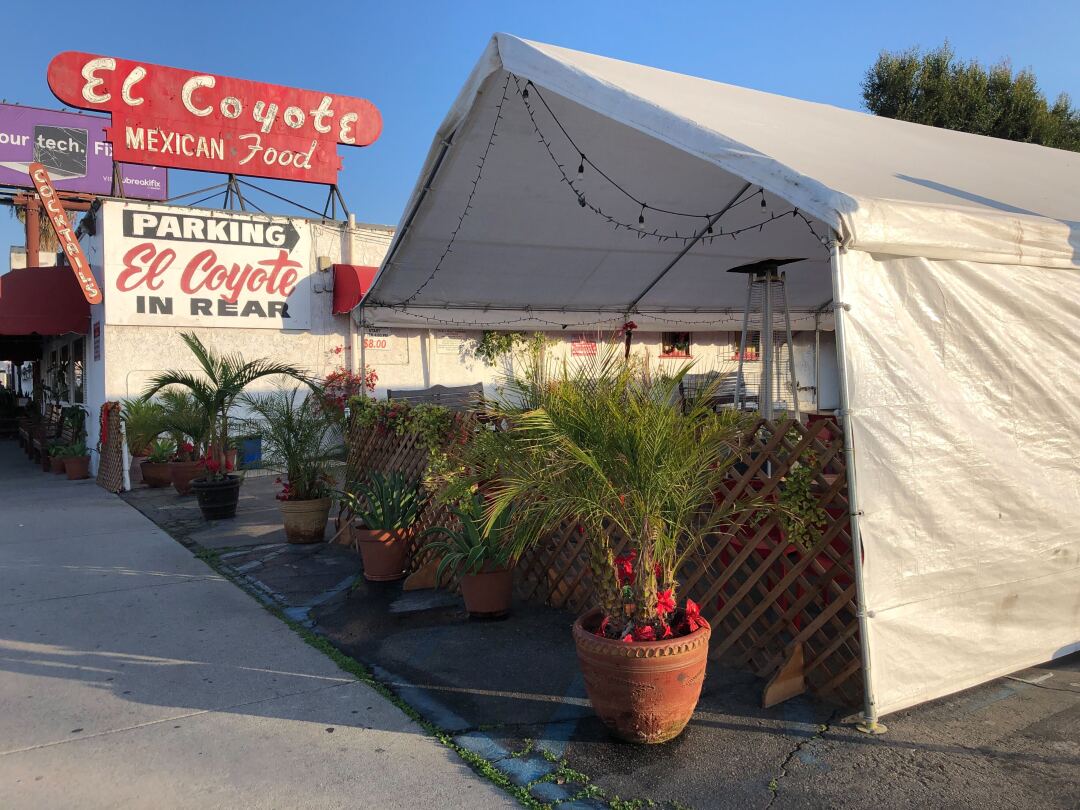 Last year, as the pandemic isolated us into our respective domestic cocoons, designers took to their AutoCAD to imagine a brave new world of design “solutions” for the pandemic. These included wearable head-to-thigh social distancing shields and space-age cones of safety for the dinner table (a phenomenon that critic Kate Wagner baptized “coronagrifting”). In retrospect, it’s absurd to think that architecture might have been reinvented — or even mildly rethought — by high-concept design that doesn’t get off the drafting table. We’ve learned infinitely more about how to rethink the design of our buildings from the pandemic’s most prominent workhorse: the party tent.

The party tent, like its predecessor, the tent — a design that has been with humanity in one form or another for thousands of years — is endlessly flexible. It can be staked into soil or anchored on pavement. The simplest models, a standard canopy, can shield you from the sun; more protective ones come with collapsible walls that can be adapted to the weather as needed. Often they are basic white but can be customized with colors and logos. A basic model costs less than $200 at Target. 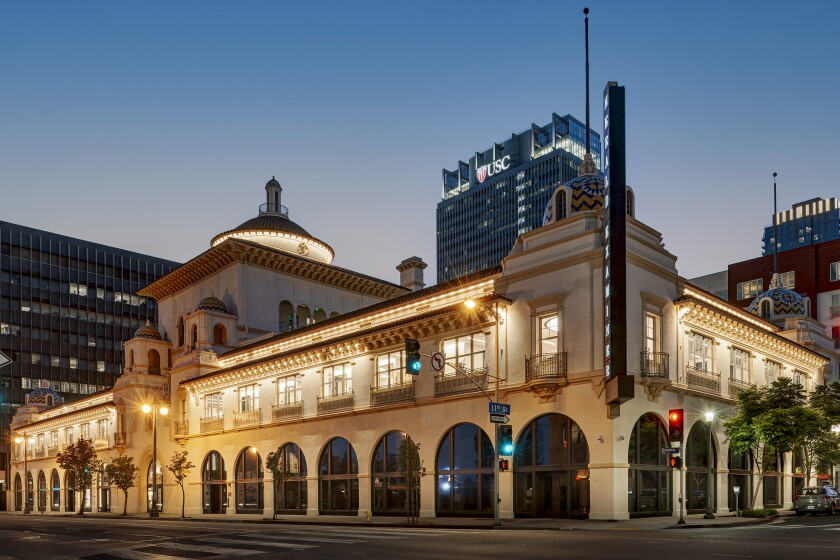 The party tent is symbolic of all the other improvised architectures that have arisen during the pandemic: the parking lots turned into eating spaces with twinkle lights and umbrellas; the wooden dining platforms crafted out of plywood and two-by-fours; the izakaya on La Brea whose collapsible walls are actually transparent shower curtains. In Echo Park, Misty Mansouri, the owner of the Lady Byrd Café, has turned an impractical triangle of concrete on her property into an al fresco dining room courtesy of an ebullient agglomeration of Christmas trees and portable greenhouses employed as individual dining pods.

Temporary structures can even be found in hyper-glam iterations — like the space-age, vented dining pod at Wolfgang Puck’s Spago in Beverly Hills. A 6,500-square-foot modular dining room constructed in the middle of Canon Drive, it was created by VX Design Solutions, a custom fabrication studio, and Choura, an event production company, and was assembled in less than a week. That structure opened in March 2021 and is still going strong. “We fill it up every single day,” says Steve Scott Springer, the restaurant’s general manager.

Party tents may not be around for the long haul, but they have qualities that are worth integrating into the hardscape of our cities. They offer flexibility and permeability and serve as a reminder that in the mild Southern California climate we don’t always need to encase ourselves in hermetically sealed cells of HVAC. If well-building design issues such as fresh air and sunlight had been gaining currency before the pandemic, COVID-19 and its many variants have made it a matter of urgency.

“Being able to kick open the doors makes people who are inside those doors feel so much better,” says architect Oonagh Ryan, founding principal of ORA, an L.A.-based studio that has worked extensively in the commercial and hospitality sectors. “And operable windows, those are key.”

One of ORA’s most recent projects is the design of Agnes, a popular Pasadena comfort food outpost that also contains a cheese shop. Housed in a 1920s stable once employed by the Pasadena fire department, the bulk of the restaurant’s design was conceived before COVID, but a number of programmatic choices made since the pandemic began have helped make the space more resilient.

The key is flexibility.

The street-facing side has operable windows and the rear of the dining room has sliding doors that can be propped open to connect with a patio out back, drawing fresh air through the building. A private dining room likewise opens to the elements. The patio, which harbors additional seating, is protected by a weatherproof canopy that can be pulled back when the weather is mild. It’s an outdoor space that can be used come rain or come shine. And the furniture isn’t fixed, so it can be reconfigured into different densities. “All of our chairs are stackable,” Ryan says. “The picnic tables can be moved together and pulled apart.”

“There are often these alley spaces and forgotten back spaces in the city and in Europe they are often used to good effect. We need to make better use of them in the United States.”

When the restaurant opened in June, the surge of COVID-19 infections had tapered off and indoor dining had resumed. But the pandemic made the coming months wildly uncertain, meaning that the design needed to be responsive to shifting health directives. “If the pandemic was still going strong,” Ryan says, “we had a plan for how we could rearrange everything into more retail.” 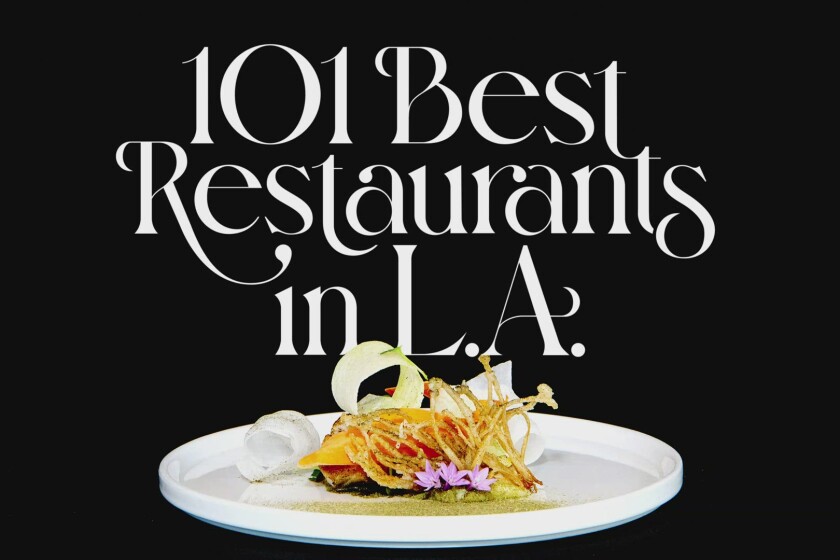 These are the 101 best restaurants in L.A.

Looking for the best food in L.A.? This list features the best vegetarian, Italian, Mexican and more places. You can even plan your next date night.

A restaurant like Agnes has the luxury of square footage: about 5,000 square feet of indoor and outdoor space — not counting additional sidewalk dining out front. But sometimes all it takes is a sliver of outdoor space to make a building more functional — and, frankly, more pleasant to be in and around.

When designing Esters Wine Shop & Bar in Santa Monica, which checks in at a far smaller 1,600 square feet, Ryan says she and her team incorporated a piece of pavement that lay between the building and the property line — adding nearly four dozen outdoor seats in the process. “We always land-grab other pieces of land when we can,” she says.

The party tent, to a large degree, has allowed us to visualize all of these interstitial spaces — spaces that have historically been ceded to cars or lay unused. “There are often these alley spaces and forgotten back spaces in the city, and in Europe they are often used to good effect,” Ryan says. “We need to make better use of them in the United States.”

Now the challenge is to make some of these pop-up spaces more permanent while retaining the flexibility that made them so practical during the pandemic.

Already, many cities have been moving toward making dining parklets a permanent part of the landscape. City agencies in L.A. are studying ways to make L.A. Al Fresco, the outdoor dining program, a permanent feature, with greater attention to accessibility. New York City made its Open Restaurants program permanent last year and in July, San Francisco made its outdoor dining structures permanent — albeit with so many rules and regulations, many businesses will have to redesign these spaces from the ground up.

Part of the solution may come in the form of modular designs that can be preapproved and snapped together like a kit of parts. The design studio Fantástica, which is based in New York City, has been at work on just that. 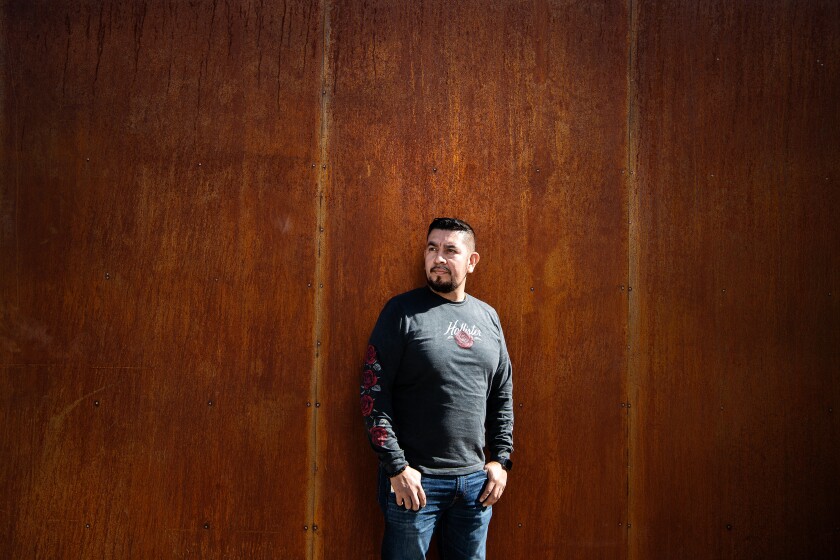 Economic, lightweight vending equipment that meets health codes is practically impossible to find. Revolution Carts is hoping to change that.

Led by J. Manuel Mansylla, who goes by manman, Fantástica has devised a standardized parklet called Fast Casual, which can be easily installed with a kit of parts and offers a high standard of safety. Around the perimeter of each space, Fantástica uses water barriers, which resemble the concrete barriers used in road construction (known as K-rails) but are instead fabricated out of lightweight plastic. Easy to transport, these are filled with water once they have been arranged on site. When full, each can weigh close to 1,000 pounds.

“A cluster of water barriers is designed to deflect a moving vehicle,” Mansylla says. “It gives it a lot more structural integrity than two-by-fours nailed to the sidewalk.”

These are then fitted with an assortment of snap-on parts made of industrial materials: seating, countertop areas and canopies, all supported by Speed-Rail, an industrial railing manufactured by the Ohio-based Hollaender that is already in wide use in public areas. Moreover, the water barriers can be topped with a planter system that adds greenery and even illuminated from within, making them more visible at night.

“It’s meant to be adaptable and customized by the user,” Mansylla explains.

Beyond the design, parklets of this nature could be flexible programmatically — employed for dining but also to create public plaza areas. “They should be less of an extension of a restaurant,” Mansylla says, “which is a privatization of public space.”

Deployed contiguously on a single street, a string of parklets could be a simple way for a city to reclaim a thoroughfare from traffic. (Imagine shutting down Spring Street or Broadway in downtown L.A. for an improvised pedestrian mall.)

“I think one of the biggest benefits that the pandemic has shown is how great the activation of these spaces has been for the city in general,” Mansylla says. “So much life pouring out into the street.”

That life is unlikely to go back to the way it was before the pandemic.

“During COVID, we were like, why don’t we have more al fresco dining?” says Spago’s Springer. “It changed our design direction.”

The restaurant’s outdoor dining pod is permitted with the city of Beverly Hills through March, but Springer hopes to maintain it beyond that (especially since the construction of the Purple Line on Wilshire nearby is blocking traffic regardless). “Wolfgang would like to keep it as long as possible.”

Plus, they are talking about renovating Spago so that it is more open to the elements. Currently, the restaurant has a small internal patio with 11 tables. The plan is to expand that.

“Wolfgang would like to open up the ceiling in our main dining room, and we’d like to open the facade to the main sidewalk,” Springer says. “It has changed our perspective entirely in terms of taking advantage of air flow and the weather.”

One day, the party tents will come down. Here’s hoping what they represent remains embedded in daily life.