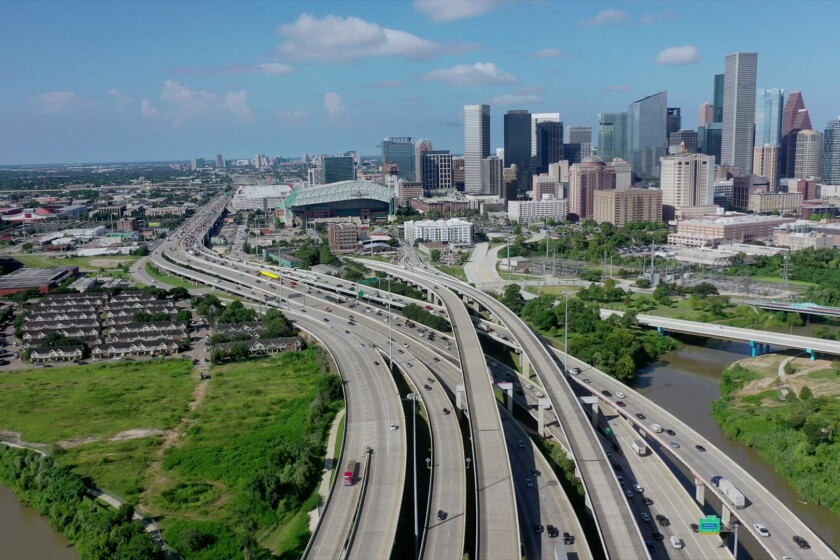 When President Eisenhower created the U.S. Interstate Highway System in 1956, transportation planners tore through the nation’s urban areas with freeways that, through intention and indifference, carved up Black communities. Overall, within the first two decades of highway construction alone, more than 1 million people had lost their homes nationwide.

In Nashville, civic officials added a curve to Interstate 40 in 1967 to avoid a white community in favor of knocking down hundreds of homes and businesses in a prominent Black neighborhood. Highway planners in Birmingham, Ala., did the same thing when routing Interstate 59.

Freeways force out residents in communities of color — again

Some of the country’s largest recent highway expansions have inflicted another round of displacement in largely Black and Latino communities.

After Ku Klux Klan leaders and others destroyed the Greenwood neighborhood of Tulsa, Okla., a century ago in the nation’s deadliest race massacre, residents quickly rebuilt the commercial area renowned as “Black Wall Street.” But the neighborhood was demolished for good when Interstate 244 and U.S. 75 were built through its center in 1971.

At multiple points, the east-west path of Interstate 10 through Los Angeles County gobbled up distinct Black and Latino neighborhoods.

In Boyle Heights, freeways including the 135-acre East Los Angeles interchange — one of the busiest in the country, where Interstates 5 and 10, U.S. 101 and State Route 60 all meet — pushed out at least 10,000 people in what was a Mexican and multiethnic community in the 1950s and ‘60s. In South Los Angeles, a well-off Black area called Sugar Hill was bulldozed. Then, to build Interstate 10’s terminus by the Pacific Ocean in Santa Monica, engineers leveled the Pico neighborhood, forcing the city’s pockets of Black, Mexican and Japanese residents to leave.

All this occurred not only because of explicitly racist decision-making, but also because of how race influenced the nation’s housing and economic policy at the time, said Eric Avila, a history and Chicano studies professor at UCLA and author of multiple books on urban freeways.

The highway program worked in concert with contemporary urban renewal efforts, which aimed to do away with housing and businesses that were deemed substandard and replace them with new development and easy commute routes for newly minted suburbanites.

But those new suburban residents were almost entirely white. Discriminatory real estate practices and low-interest loans made available only to white residents blocked others from moving to new subdivisions. By contrast, highway builders often defended taking property in Black neighborhoods by arguing the land was cheapest there — a fact that relied on government-backed mortgage redlining policies that discouraged investment in Black areas. 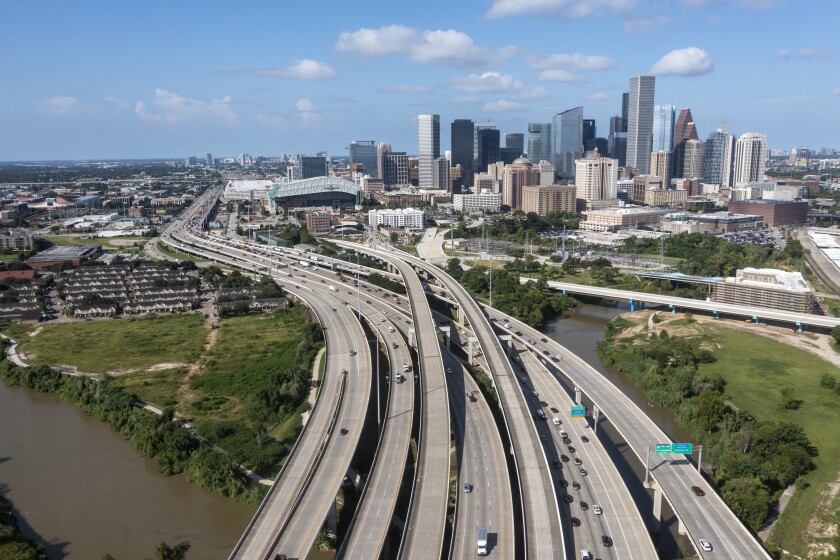 How we reported the story on highway displacements

To report on people who have lost their homes because of highway projects in the modern era, The Times analyzed data submitted by states to the Federal Highway Administration each year since 1991.

Another reason highways went through Black and Latino neighborhoods was political power. As widespread backlash to freeway construction grew in the late 1960s, white communities often were able to block the roadways or get them rerouted.

Across Southern California, freeways that paved over Black and Latino neighborhoods — such as Interstates 5, 10 and 110 — were completed, while those proposed to cross whiter, more affluent areas in Reseda, Laurel Canyon and Beverly Hills were stopped.

Liberace's former townhouse above the Sunset Strip is listed for $3.4 million

How we reported the story on highway displacements