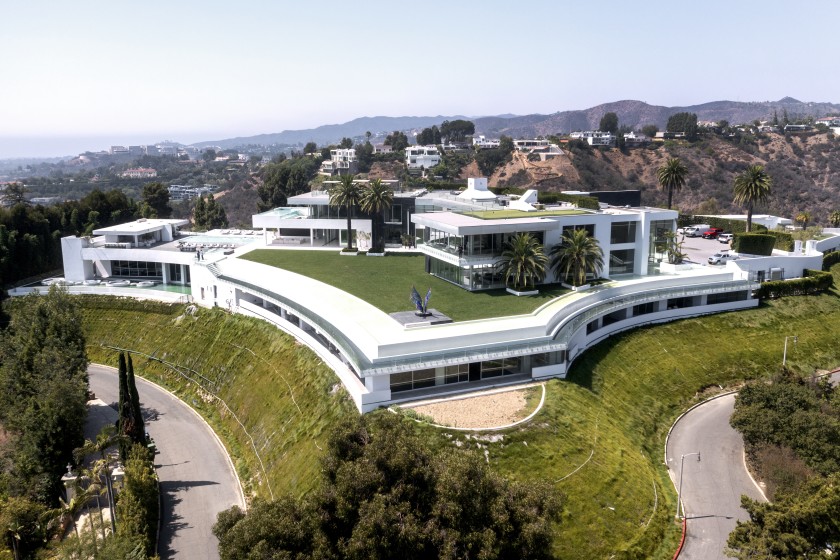 The largest modern home in America could be auctioned in January starting at $250 million, its owner told a U.S. Bankruptcy Court official Tuesday.

Developer Nile Niami’s Crestlloyd plans to hire two luxury home sellers to list the Bel-Air mega-mansion known as “The One” for that price and help find bidders for the auction, a reversal that could bring to an end a saga that has pitted a glitzy developer against a cadre of lenders.

“We’re still going back and forth, strategically speaking, but we anticipate that the listing price will be approximately $250 million,” Crestlloyd manager Lawrence Perkins told the court. “Our goal is to run a thoughtful sale process to maximize the value from the small group of people in the world that can buy a property like this.”

The new plan represents a departure by Perkins, who initially said the focus would be on completing the home before selling it when it was placed into Chapter 11 bankruptcy protection in October.

The One had been facing a trustee’s sale by the largest creditor after it was placed into receivership in July when Crestlloyd defaulted on more than $100 million owed to Hankey Capital, the real estate lending arm of Los Angeles billionaire Don Hankey.

The fight over ‘The One’ — L.A.’s biggest and most extravagant mansion

The idea was simple: Nile Niami would build and sell The One, the biggest and most extravagant new home in the country. Then things went sideways.

The receiver has said that it may take $10 million and as long as 12 months to repair and finish the 105,000-square-foot home, which has been under construction for years.

However, Perkins, a turnaround specialist at SierraConstellation Partners, told the Bankruptcy Court that Crestlloyd had no plans to employ anyone, indicating it would be sold as is.

Outside of court, Perkins said the change of plans came after real estate experts who were consulted said any buyer would want to personalize the property — and therefore it made little sense to spend millions completing it.

“The juice isn’t worth the squeeze to finish it, because someone’s just going to have to redo a lot of the work anyway,” he told The Times.

Last month, in its initial bankruptcy papers the developer’s limited liability company valued the home at $325 million. It had once been marketed at $500 million. Perkins told the court the hope was it would sell for at least $250 million and possibly much more, with all bidders prequalified.

He said a $200-million sale would satisfy all debt on the property, which Crestlloyd has totaled at $180 million in Bankruptcy Court filings. 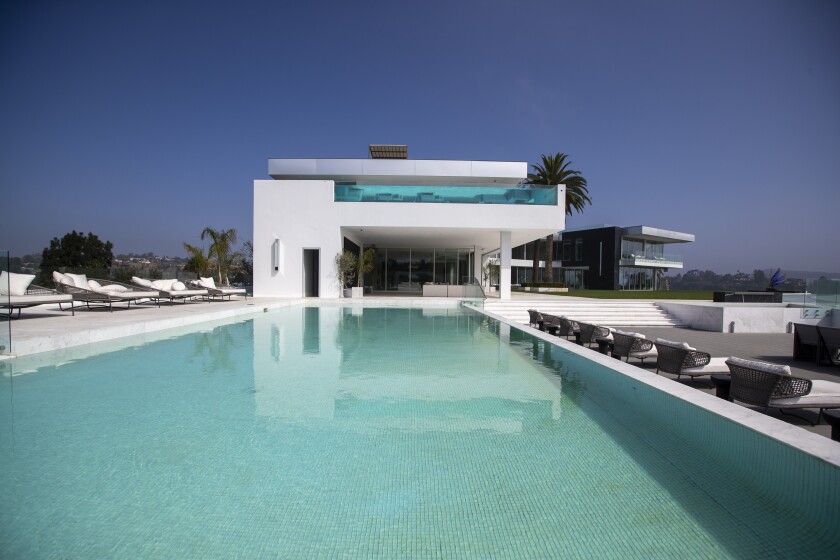 Developer Nile Niami’s Crestlloyd LLC filed for Chapter 11 on Tuesday, one day before a trustee’s sale of the mega-mansion had been scheduled.

Crestlloyd is working with luxury real estate agent Aaron Kirman of Compass and luxury brokerage Williams & Williams Estates Group to market and list the home, Perkins told the court, though contracts have yet to be approved.

Kirman stars in the CNBC reality show “Listing Impossible,” which focuses on selling multimillion-dollar luxury homes that have been hard to sell.

Perkins said the plan is to have Concierge Auctions conduct the sale. He said the New York-based house has sold luxury properties around the world to the same kind of buyers who would be interested in the One.

Perkins told The Times that if the listing agents were to turn up a buyer willing to pay a super-premium price for the property, the auction would be called off — an outcome he said would be a “happy surprise.”

The goal, he said, was to list the home and also schedule an auction to prevent buyer after buyer from getting cold feet.

“What we don’t want it to do is drag on and on,” Perkins said.

The mansion at 944 Airole Way features ultra-luxury amenities such as multiple pools, a spa, a beauty salon, cigar and candy rooms, a four-lane bowling alley, a rooftop putting green and a multiplex-size movie theater.

The fate of the mansion with its hilltop view of the Los Angeles Basin and the Pacific Ocean has been up in the air since Niami’s Crestlloyd defaulted last year on $106 million owed to Hankey, a hard money lender and real estate developer who made his fortune in subprime auto lending. 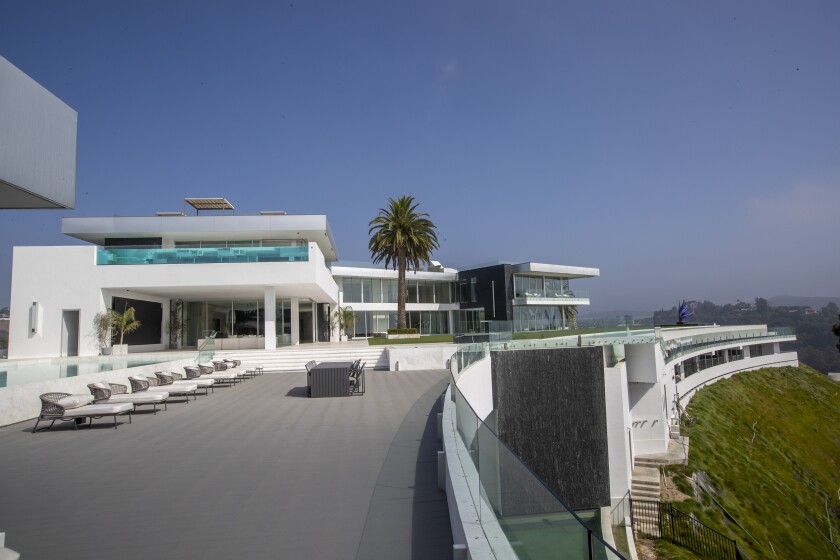 Auction of ‘The One’ — L.A.’s biggest new mansion — delayed amid allegations of a power grab

A foreclosure auction of a lavish L.A. mansion is delayed as a billionaire lender is accused of trying to leave other debt holders out in the cold.

Niami, the so-called king of the L.A. mega-mansion, sought in the spring to hold off any sale and instead proposed living in the One and turning it into an event space featuring entertainment such as boxing matches and concerts. Hankey was not interested and filed for foreclosure in June.

That filing set off a legal flurry in L.A. County Superior Court, with another lender filing suit against Hankey Capital after the billionaire decided to hold a trustee’s sale and not proceed with a plan to list the home through two other luxury brokers for $225 million.

Hankey was accused of trying to hog the proceeds of a lowball auction, which would then put it in a position to take ownership of and resell the property at a higher price. Hankey Capital said it is following the law, and the billionaire has said he only wants to recoup his capital. The trustee’s sale and Superior Court litigation have been on hold because of the bankruptcy filing.

From London To Dubai: Private Residences And Deluxe Penthouses For UHNW Buyers

The Ultimate Guide To Home Fragrances For The Holidays And Beyond