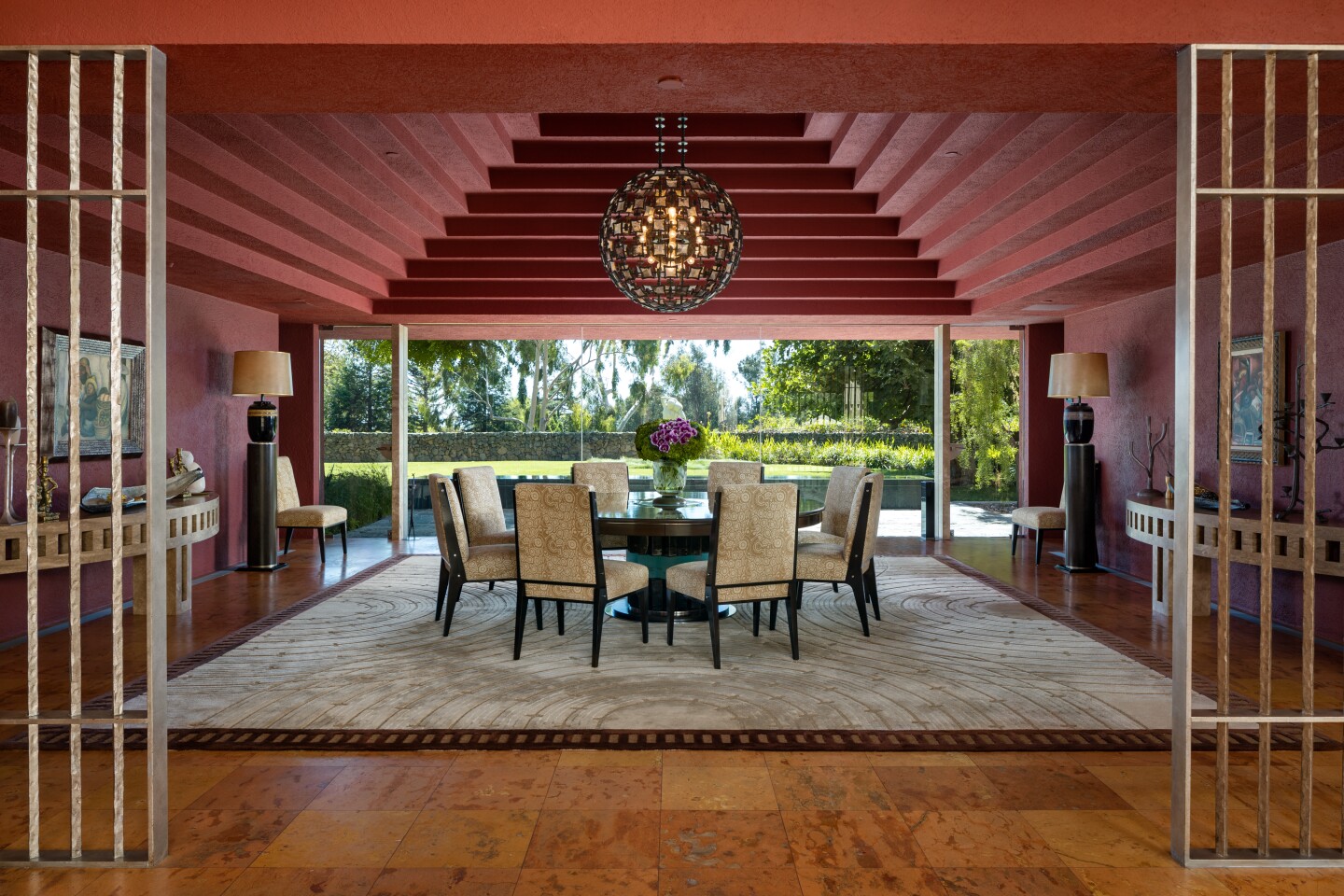 One of Brentwood’s most striking estates is back up for grabs after Joel Silver, the producer behind blockbusters such as “Die Hard” and “The Matrix,” relisted the home for $75 million.

That’s $2.5 million less than he was asking last year, but Silver is still chasing an all-time high. If he gets his price, or anything close, it will trump the current Brentwood record held by Tom Brady, who sold his French-chateau-style home to Dr. Dre for $40 million in 2014.

Silver is no stranger to blockbuster sales. In 2018, he sold his Malibu beach house to Oracle co-founder Larry Ellison for $38 million.

At 25,000 square feet, his Brentwood home is significantly bigger — and brighter. Billed as a Mexican modernist mansion, the pink-colored abode was built by Mexican architect Ricardo Legorreta, who handled a few projects in Southern California including the $14.5-million redesign of Downtown L.A.’s Pershing Square.

The compound covers 4.5 acres in the guard-gated enclave of Brentwood Circle and kicks off with a lush, landscaped motor court. Boxy angles mark the exterior, and inside, architectural highlights include a dining room topped by pyramid-like ceilings and a 30-foot-high family room with hydraulic doors. The most dramatic space comes in the sky-lit atrium, where travertine columns surround a reflection pool.

Elsewhere are eight bedrooms, nine bathrooms, an office colored by custom murals, a library, a sauna and a custom theater with tiered seating. Rooftop decks overlook the palm-topped grounds complete with a heated dining area and swimming pool.

Silver, 69, has been producing box-office hits since the 1970s including the “Predator,” “Matrix,” “Die Hard” and “Lethal Weapon” franchises. His more recent credits include “Sherlock Holmes,” “Project X” and “The Nice Guys.”

Jade Mills of Coldwell Banker Realty and Branden and Rayni Williams of the Beverly Hills Estates hold the listing.

Parks and green spaces are vital for neighborhoods, so why aren't there more?