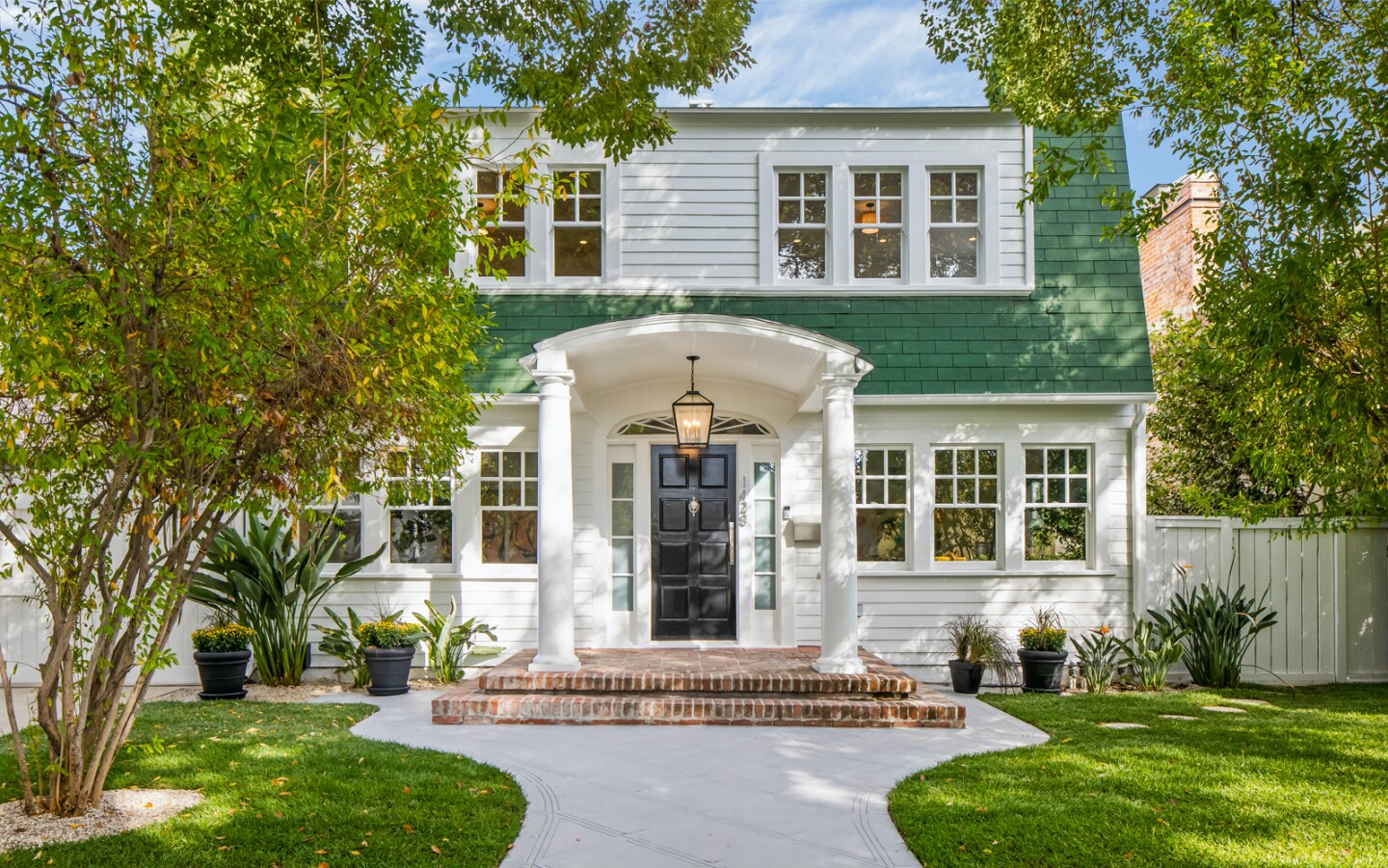 A piece of horror movie history just surfaced for sale in Spaulding Square — but you’ll have to act fast. The home fictionally known as 1428 Elm St., which served as the façade for the protagonist’s house in Wes Craven’s 1984 classic “A Nightmare on Elm Street,” has come to market for $3.25 million.

To match its spooky past, offers for the iconic residence are due by midnight on Halloween.

It’s the first time the home has listed for sale since Lorene Scafaria — director of films such as “Seeking a Friend for the End of the World” and 2019’s “Hustlers” — bought it for $2.1 million in 2013. Surprisingly, the façade still looks similar to how it did in the movie; green shingles still top the portico entry, but the bright-red front door has since been painted black.

Built in 1919, the Dutch Colonial-style home was a natural choice for the film, which takes place in the fictitious town of Springwood, Ohio. According to the listing agents, Spaulding Square has a distinct lack of palm trees and a variety of other vegetation that give the streets a classic look, so filmmakers often shoot in the neighborhood to portray places outside Southern California.

“The whole neighborhood gets the tour bus treatment. People always get tickled when they see it,” said Heather T. Roy of Douglas Elliman, who holds the listing with Learka Bosnak. Bosnak said the house is the perfect example of movie magic.

“The façade is iconic, but the ties to the movie stop as soon as you walk through the front door. Inside, it’s a beautiful traditional-style space with a modern twist,” she said.

White walls mingle with warm walnut floors in the living spaces, which are navigated by dramatic arched doorways. In total, there are three bedrooms and four bathrooms across two stories.

Terraces, patios and picture windows overlook the landscaped grounds dotted with citrus trees and a swimming pool. Across the property, a guesthouse adds a kitchen, designer bathroom and pergola-topped patio.

If $3.25 million is out of your price range but you still want to take a peek, the agents said they’ll be handing out candy to trick-or-treaters there on Halloween.

“We all missed Halloween last year because of the pandemic, so this year is the Halloween comeback tour,” Bosnak said. “We have to celebrate.”