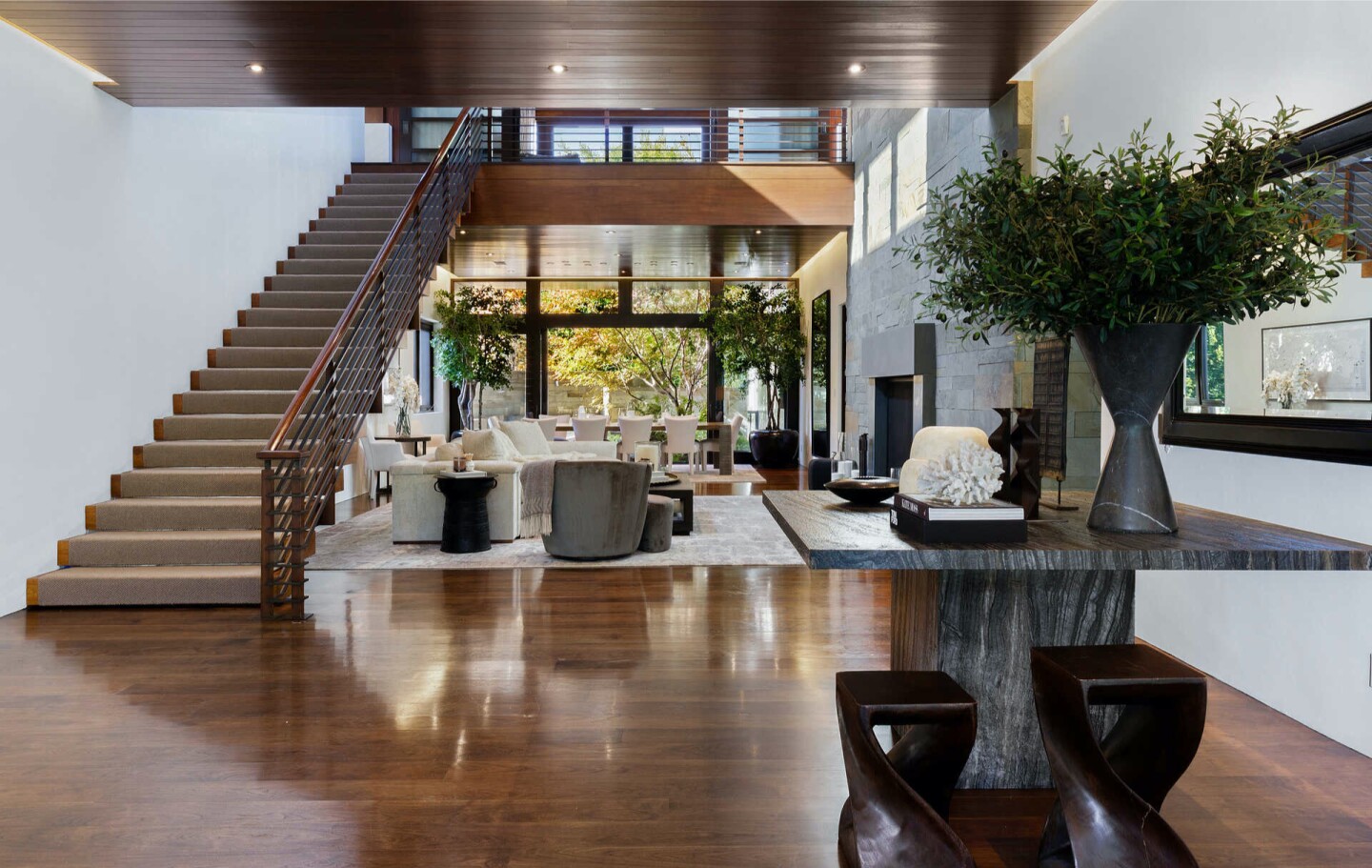 In one of Pacific Palisades’ priciest deals of the year, Matt Damon has sold his Zen-inspired retreat in the Riviera neighborhood for $18 million.

The buyer, records reveal, is TV executive Ann Sarnoff, who became the first female CEO of Warner Bros. in 2019 and now oversees WarnerMedia Studios and Networks.

Damon, the Oscar-winning actor who starred in the 2021 films “Stillwater” and “The Last Duel,” had been shopping the architectural abode around all year, originally listing it for $21 million in January — or $6 million more than he paid for it in 2012. He relocated to the East Coast in 2018, paying $16.7 million for a penthouse in Brooklyn.

At 13,500 square feet on two-thirds of an acre, his place in the Palisades has a bit more space. It was designed by Grant Kirkpatrick, founding partner of L.A.-based architecture firm KAA Design, who brought a tropical feel with warm wood, natural stone and Asahi glass across three stories.

Lounges and lanais surround a swimming pool out back. Topped by palm trees, the resort-style space also adds a spa, waterfall, koi pond and playground.

Damon, 51, ranks as one of the highest-grossing actors of all time. He’s appeared regularly in films since his 1988 debut in “Mystic Pizza” with standout roles in “Saving Private Ryan,” “The Departed,” the “Bourne” franchise and “Good Will Hunting,” for which he won an Academy Award for best original screenplay.

Eric Haskell of the Agency held the listing. Santiago Arana and Laura Finley, also with the Agency, represented the buyer.