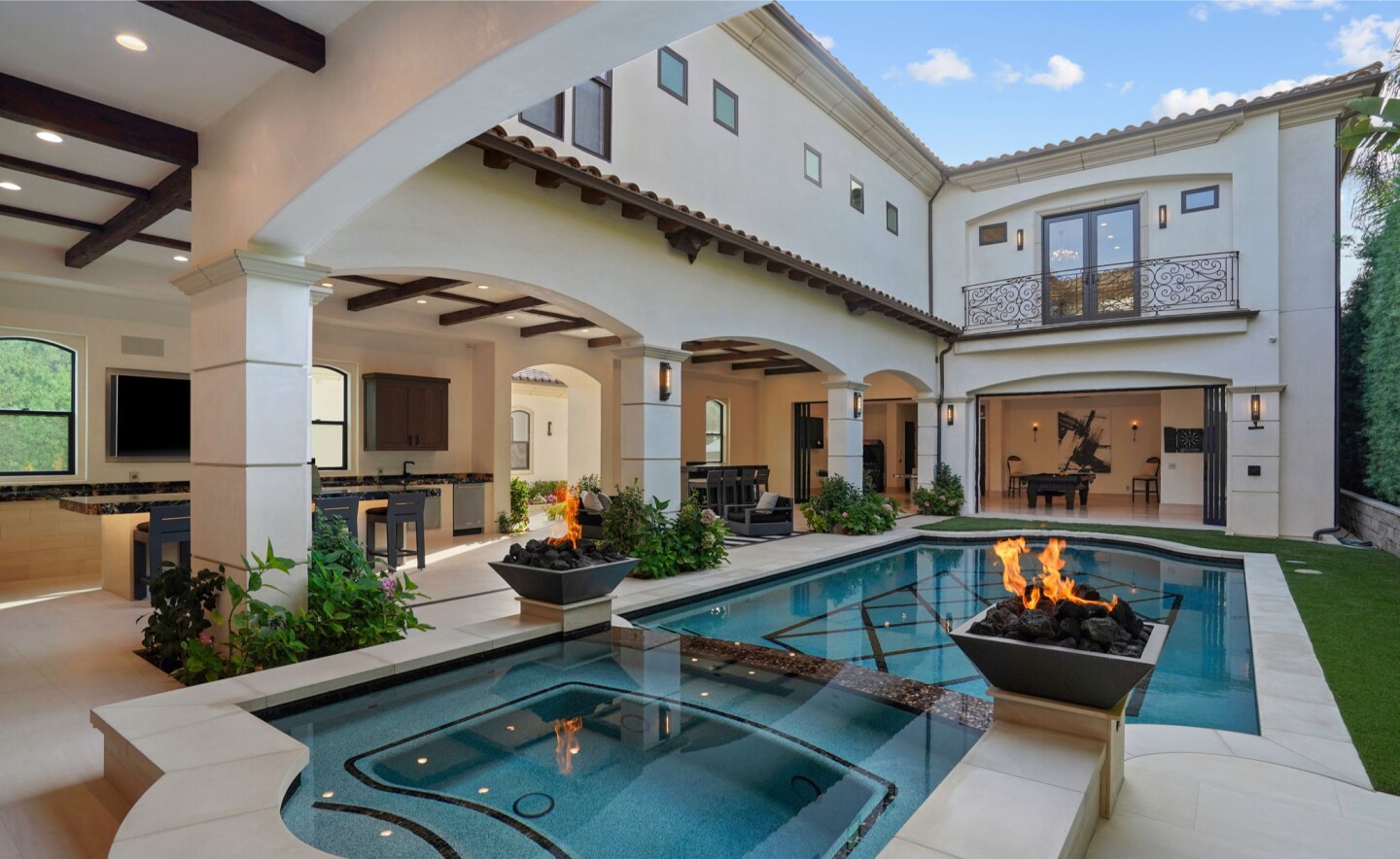 “Selling Sunset,” the hit Netflix series that mashes up luxury real estate and reality drama, is making its way to Orange County.

The show’s star, Jason Oppenheim, announced a spinoff series titled “Selling the OC” on Tuesday, and it looks like he’ll be spending a lot more time in the area. In October, he dropped $7 million on a 13,000-square-foot showplace in Newport Beach.

Built in 2017, the Mediterranean-style mansion sits a few miles north of Oppenheim Group’s new office in Corona Del Mar, which the brokerage opened earlier this year.

It’s not the first time Oppenheim has made headlines as a buyer instead of a seller. Last year, he scooped up Jeremy Renner’s former Mount Olympus home for $5.125 million, The Times previously reported.

His new place is even bigger, and at 13,000 square feet, Oppenheim said it’s the third-largest home to sell in Newport Beach this year. It fits in six bedrooms, eight bathrooms, two garages and a handful of indoor-outdoor spaces sandwiched between hardwood floors and beamed ceilings.

There’s also plenty of room for amenities including a billiards room, movie theater, wine cellar and dog-washing station. Out back, the two-story home wraps around a swimming pool and spa overlooked by a Juliet balcony.

Oppenheim, 44, has starred in three seasons of “Selling Sunset” with his twin brother, Brett, and a team of agents who market luxury property across Los Angeles. The show premiered in 2019, and its fourth season is set to air later this month.

After break-in, Camila Cabello is selling her Hollywood Hills villa for $4 million