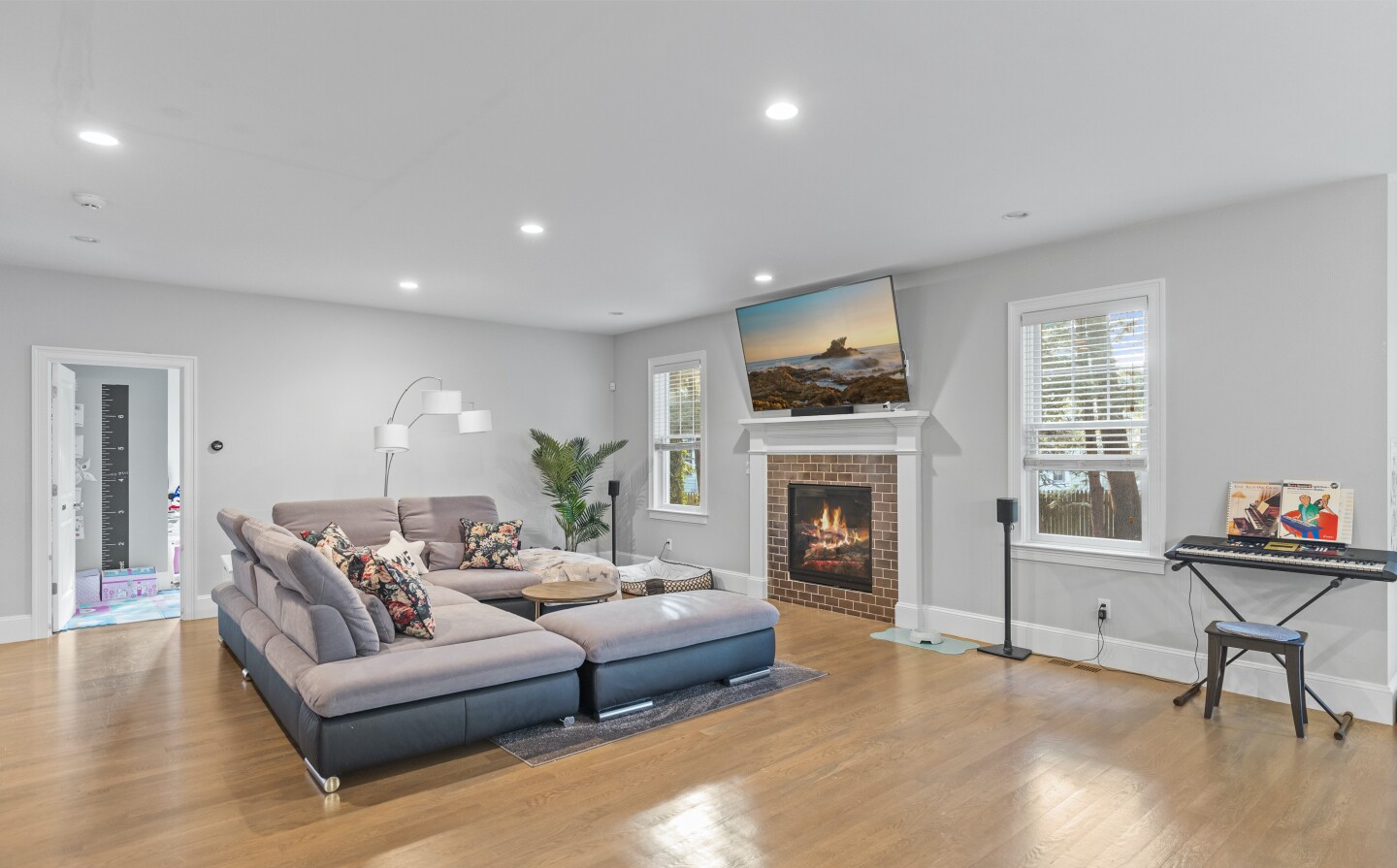 Fresh off signing a four-year deal with the Houston Rockets worth $36 million, former Celtic Daniel Theis wrapped up business in Boston by selling his custom Colonial-style home for $2.21 million.

It’s a nice return for the German-born big man, who paid $1.8 million for it last year, a few months after re-signing with the Celtics in 2019.

Surprisingly, Theis found time to make some changes to the property during his relatively short stay, adding a playground, hot tub and basketball court to the backyard. Tucked at the end of a cul-de-sac on half an acre in the Boston suburb of Needham, the house spans three stories with five bedrooms and 5.5 bathrooms in 4,863 square feet.

He kept the interiors mostly the same with gray walls and hardwood floors under recessed lighting. Living spaces fill the main level, and bedrooms line the second level, including a primary suite with heated floors. Above it all, there’s a play room.

A native of Germany, Theis was a three-time German League champion before joining the Celtics in 2017. The 29-year-old was dealt to the Bulls last season, and in August, he inked a deal with the Rockets.

House-hunting? How to learn the wildfire risk of every L.A. neighborhood