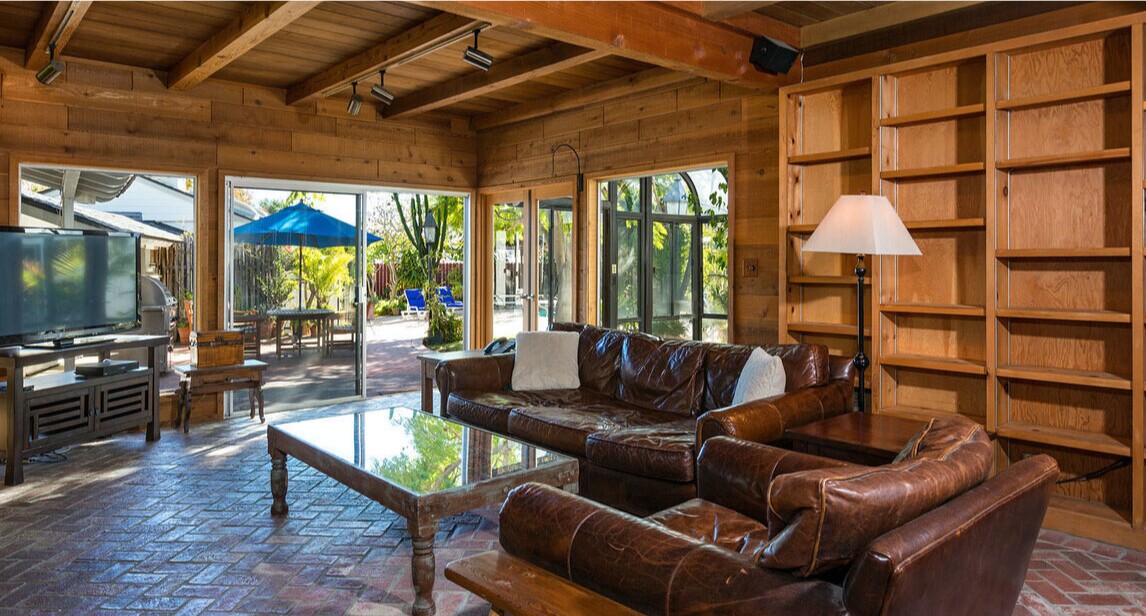 On the outskirts of Riviera Country Club, the Pacific Palisades ranch of late actor and comedian Dom DeLuise just sold for $6.49 million. It’s the first time the home has traded hands in more than half a century.

A quintessential example of how far the Southern California housing market has come in the last few decades, records show DeLuise paid $103,000 for the property in 1968 — good for a price appreciation of more than 6,000%.

DeLuise, a prolific actor who made regular appearances in Mel Brooks’ films, died in 2009, and the house was sold by his estate. Like many homes owned by veteran Hollywood stars, it serves as a time capsule into a different design era with lattice windows, parquet floors and so much wood that some spaces feel like a cabin.

Wood shingles hang over a wet bar near the entry, and the step-down living room is anchored by a stone fireplace. Built in 1953, the 4,500-square-foot house also holds five bedrooms, four bathrooms, a galley-style kitchen and game room.

The property covers about a third of an acre on a corner lot. A long driveway cuts through a quaint front yard, and out back, there’s a patio with a swimming pool and spa.

A frequent variety show guest, DeLuise appeared in Mel Brooks films such as “The Twelve Chairs,” “Blazing Saddles,” “Spaceballs” and “Robin Hood: Men in Tights.” He frequently starred alongside Burt Reynolds in movies including “The Cannonball Run” and “The End.”

Matthew Ogden of Compass and Gayle Pritchett of Pritchett-Rapf held the listing. Anthony Marguleas of Amalfi Estates represented the buyer.

Take the Iguana. (Or regret it for the rest of your life.)