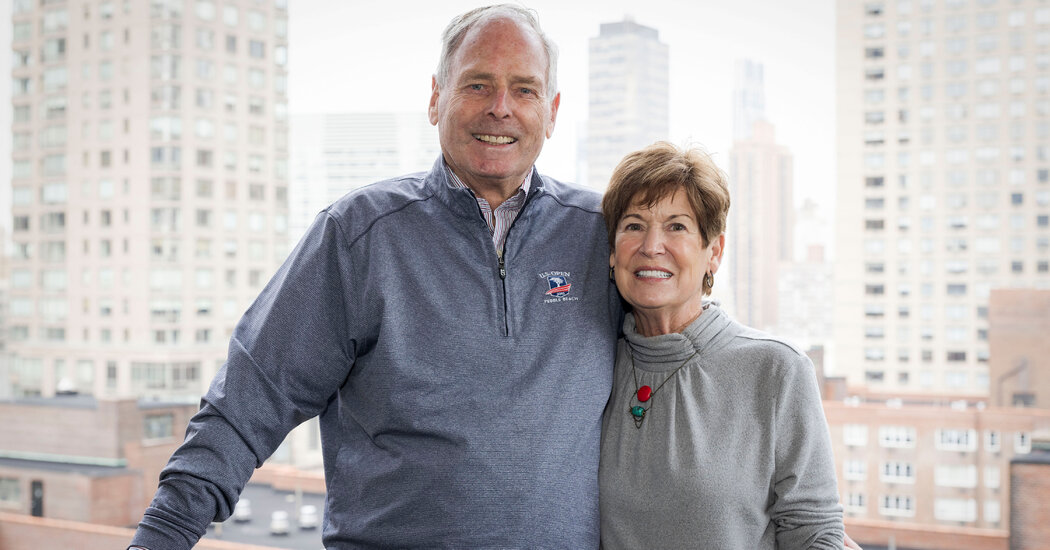 Holly Sullivan, who grew up in the Cleveland suburbs, had always wanted to live in a big city. Instead, she settled with her husband, Peter Sullivan, in his hometown in western New York, where he was offered a job.

“He promised we wouldn’t live there long,” she said.

They stayed for half a century. The couple, who met as college students, raised their three children in Jamestown, near Lake Erie, and later moved to the shores of nearby Chautauqua Lake. Their two daughters, and eight of their grandchildren, now live in the New York area — one in Brooklyn, the other in northern New Jersey. (Their son’s family, with one granddaughter, is in Seattle.)

The Sullivans, who are now retired, visited often, staying on their daughters’ pullout sofas or kicking them out of their beds. During their many Thanksgiving visits, they would watch the parade (“a highlight, for sure,” Ms. Sullivan said), and they eventually turned those trips into longer vacations, staying at a different New York hotel each time.

“We got to know the city from different neighborhoods and different experiences,” said Mr. Sullivan, 76, who worked in finance. Ms. Sullivan, 73, is a former teacher and travel agent.

Finally, after years of daydreaming about online listings, the Sullivans resolved to buy a pied-à-terre in Manhattan. “We’re getting older, and if we’re ever going to do this, now is the time,” Mr. Sullivan said.

[Did you recently buy or rent a home in the New York metro area? We want to hear from you. Email: thehunt@nytimes.com]

The couple’s daughter in Brooklyn connected them with a friend, Ria Browne, an agent at Compass, and they hunted in Midtown, awash with conveniences. “We are both in our 70s, so we need access to old people’s kinds of things — transportation and stores nearby,” Ms. Sullivan said.

They were hoping to find a place with two bedrooms and two bathrooms, preferably on a sunny, high floor with a layout that allowed privacy for guests. Having an in-unit washer and dryer, they thought, would be ideal, as would a balcony, “so you could step out to know what the weather is like,” Ms. Sullivan said.

They focused on condominiums. “Being from out of town, they felt resale of a condo would be easier than resale of a co-op,” Ms. Browne said. And the buying process was less onerous.

The couple’s budget climbed from just over $1 million to $1.5 million and beyond. In Midtown, “there is a lot of luxury product,” Ms. Browne said, and “$1 million is entry level. Midtown is popular with pied-à-terre buyers.”

The couple skipped places along the Hudson River, despite the views, as Mr. Sullivan has mobility issues from a 20-year-old ankle injury. “I never knew Manhattan had any elevation,” Ms. Sullivan said. “I think of it as flat, but it is definitely a hill.”

Find out what happened next by answering these two questions: