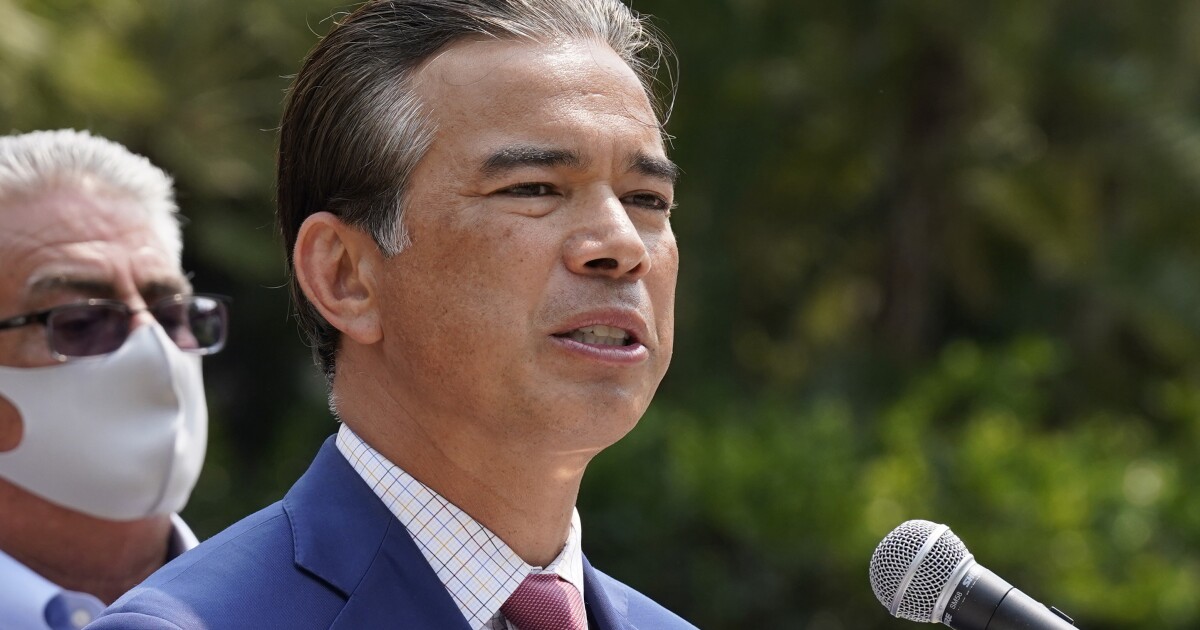 Wedgewood, a high-profile house-flipping company, reached a $3.5-million settlement with the California attorney general’s office to resolve allegations that it wrongfully evicted tenants, in part by using pressure tactics including depriving tenants of power and water, the attorney general said Wednesday.

Redondo Beach-based Wedgewood denies any wrongdoing, and the agreement must still be approved by a court. In a complaint filed alongside the proposed settlement, the office of California Atty. General Rob Bonta said Wedgewood’s unlawful tactics “harmed hundreds if not thousands of California tenants and their families — mainly in low income and minority communities.”

A Wedgewood representative sent The Times a statement that said the settlement “includes no admission or finding of any liability and denies all allegations asserted.”

“Ultimately, Wedgewood made the business decision to reach a settlement and move forward with our ongoing commitment to revitalize and recirculate residential properties back into California’s housing supply, creating thousands of homeownership opportunities across the state,” said the unsigned statement that was sent from a generic company email.

Wedgewood flips homes in at least a dozen states, renovating and reselling houses it acquires through foreclosure or directly from the property owner.

It gained national media attention in 2019 when a group of homeless and housing-insecure moms, collectively known as Moms 4 Housing, took over a then-vacant Oakland house the company owned — a saga that eventually led Wedgewood to sell the home to a community land trust.

Under the proposed settlement, Wedgewood would pay $2.75 million to wrongfully evicted tenants, with the remaining $750,000 going toward civil penalties and programs that fight homelessness or broadly support tenants.

The company must also train employees on the rights of tenants in foreclosed properties, and provide compliance updates to the attorney general’s office to ensure tenants aren’t unlawfully evicted.

In a news release announcing Wednesday’s settlement, Bonta’s office said that although Wedgewood may be entitled to sometimes evict tenants, the company’s business model — purchasing, renovating and reselling properties — required it remove tenants quicker than the law allowed.

According to the complaint, after Wedgewood acquired properties through foreclosure, the firm failed to allow tenants of the previous owner to live there through the remainder of their lease, or the minimum 90 days if a lease didn’t didn’t run longer.

The attorney general’s office also alleged that Wedgewood failed to comply with laws in some cities that require a “just cause” for eviction even after a lease expires.

“Too many Californians live on the precipice of eviction, worried that they and their family might someday be kicked out of their home,” Bonta said in the statement. And although tenants in California have strong protections, he said, “there are still those companies who would skirt the law to turn a profit.”

According to the complaint, to remove tenants when the law gave them the right to stay, Wedgewood typically filed an eviction lawsuit against the absentee homeowner who lost the property to foreclosure, not the tenants the homeowner rented to.

The complaint alleges that Wedgewood told tenants they must move out because Wedgewood didn’t rent properties, and the company used eviction judgments against the homeowner and “unknown occupants … as leverage to either pressure or remove tenants who were lawfully residing on the property.”

In some cases, Wedgewood also used the threat of arrest, or the denial of basic services including water and power, to pressure tenants to move, the complaint alleges.

A Young Buyer Seeks Old-Fashioned Charm in Brooklyn. Which Apartment Would You Choose?