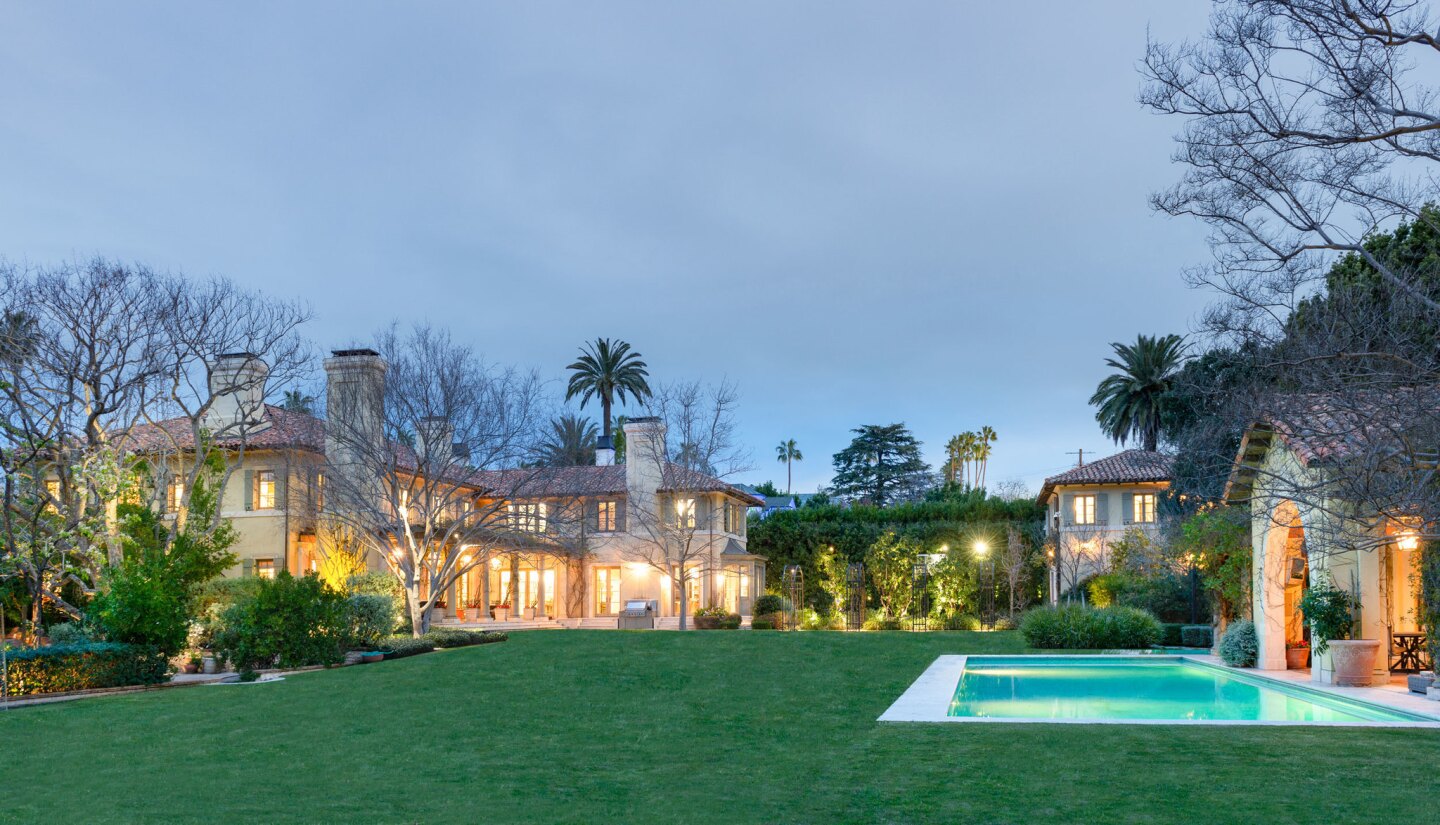 In Brentwood’s third-priciest home sale of the year, actor-turned-cannabis farmer Jim Belushi has unloaded his Mediterranean-style mansion for $30 million.

The deal marks the end of a four-year effort that saw Belushi — “Saturday Night Live” alum and star of the sitcom “According to Jim” — list the home eight different times. He first sought $38.5 million in 2017, and two years later, he dropped the price down to $28 million.

The sale comes as no surprise, as he’s since moved to Eagle Point, Ore., where he runs a cannabis farm. Discovery Channel documented the operation in the 2020 series “Growing Belushi.”

Records show he bought the estate in 2007 and erected a Mediterranean-style showplace filled with ivy-covered loggias, plaster walls and a clay tile roof. Oscar Shamamian designed the home, and Michael Smith, who also redid the Oval Office during Obama’s presidency, handled the interiors.

It sits on a triple lot that spans 1.3 acres, making it one of the largest plots in Brentwood Park. Pavilions and pathways meander through the landscaped grounds, and at the center sits a stylish home of more than 14,000 square feet. There are seven bedrooms, 11 bathrooms, a formal living room, a media room, a game room and a sauna.

French doors open out back, where a flat, grassy lawn surrounds a swimming pool and spa.

At $30 million, it’s Brentwood’s third-priciest deal so far this year, according to the Multiple Listing Service, ranking only behind Scooter Braun’s $65-million purchase in September and a spec mansion with a rooftop cannabis garden that traded hands for $44 million over the summer.

The brother of late actor John Belushi, Jim Belushi appeared on “Saturday Night Live” for three years before landing roles in “Trading Places,” “Joe Somebody” and “According to Jim,” which ran for eight seasons.

Homes In The Snowiest States Cost $13,000+ More Than Those With The Least Snow

Are you a first-time home buyer in Southern California? We want to hear from you