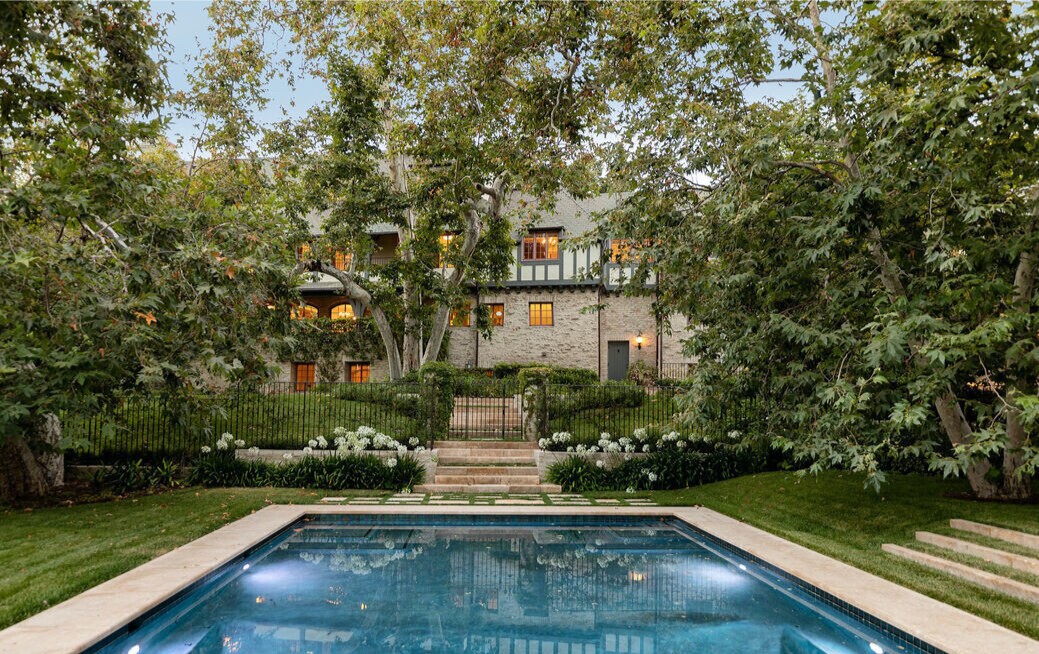 Taylor Thomson, the publishing heiress whom Bloomberg ranks as the 282nd-richest person in the world, has listed her Tudor-style mansion in Bel-Air for $43 million.

In terms of profit, the listing is about as ambitious as they come. If she gets her price, it’ll be nearly six times the $7.4 million she paid for the historic estate two decades ago.

Thomson picked up a place in Pacific Palisades this year, dropping $48.67 million on Vice co-founder Shane Smith’s Mediterranean-style compound in a deal that set a record for the coastal community. Her family owns Woodbridge Co., which holds a majority share of the media conglomerate Thomson Reuters.

According to the listing, the 1926 mansion is one of Bel-Air’s oldest homes (which adds up because Bel-Air was founded three years prior). It was built by Gordon Kaufmann, the prolific architect whose other works include the Hoover Dam, the Greystone Mansion and the Los Angeles Times Building in downtown L.A.

Set on an acre surrounded by sycamores and oaks, the stately mansion features a half-timbered exterior of ivy-covered stone. The interiors have been restored in recent years and include a formal living room with a grand fireplace, wood-paneled library under arched ceilings, massage room with a sauna and gourmet kitchen lined with floor-to-ceiling tile.

Tile continues up the stairs and into the Moroccan-inspired primary suite, which has a copper tub in the bedroom. In total, the main house and two-story guesthouse combine for eight bedrooms and 10 bathrooms across 8,800 square feet. Outside, the verdant grounds add rolling lawns, patios and a pool.

Get Assistance with Your Mexico Residency Application