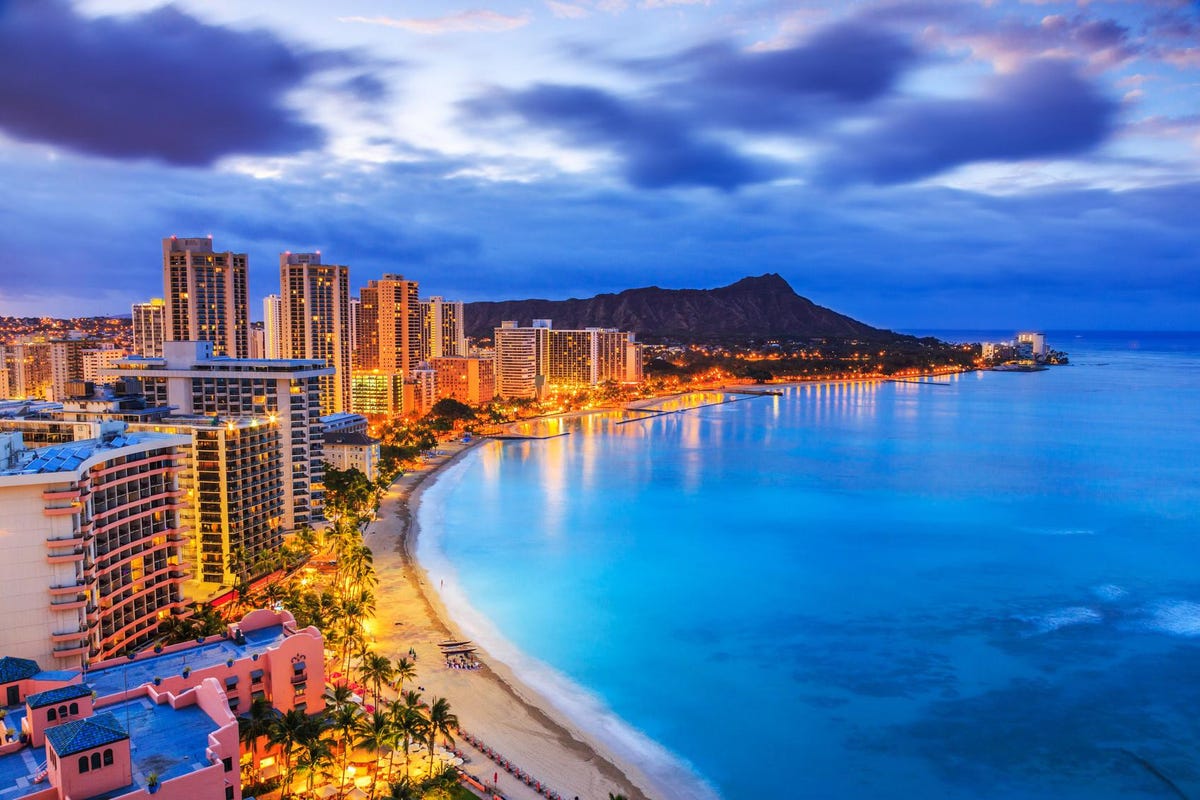 Kahala, one of Honolulu’s priciest areas, has long been in demand with local and international luxury homebuyers. The lure of Kahala dates back decades. Oceanfront Kahala Avenue was where Kama’ainas lived in homes often passed down from generation to generation. Many weren’t particularly fancy. They didn’t need to be, with the sand and surf just steps away.

Kahala gained fame thanks to the television hits of the sixties and seventies including Hawaii Five-O (which first aired in 1968 and ran for 12 seasons) and Magnum, P.I. both of which often filmed around Kahala. The iconic Kahala Hilton, now the Kahala Hotel & Resort at the end of Kahala Avenue, was a favorite stop for celebrities visiting Honolulu.

Fast forward to today. A true Kahala Avenue trophy beachfront estate on 1.75 acres is on the market for the first time in 30 plus years. It’s listed at $23,000,000 with 118 feet of sandy beach frontage across three parcels. The main house, with reach-out-and-touch-the-ocean views, is five bedrooms and five bathrooms. There is also a one-bedroom cottage on the property. In 2016 over $1 million was spent on repairs, re-roofing, painting, air conditioning, and electrical.

Matt Beale, CEO of Hawai’i Life, the leading luxury brokerage in the state, provides perspective on the current Kahala market. “Everything is pretty much sold out there. The oceanfront market is still in transition. We are seeing some homes being built, which are the first new homes on Kahala Avenue in decades. Our listing there is also the first new one there in quite some time.”

Luxury sales around the state were strong, according to Hawai’i Life’s Q1-Q3 2021 luxury market report, which provides a detailed analysis of sales and trends in Hawai’i’s high-end real estate market. According to the report, “the luxury market across the State of Hawaii grew at an unprecedented and historical rate in 2021, growing from 215 transactions statewide in the first three quarters of 2020 to a whopping 634 transactions (up 194.9%). Even more impressive is the overall size of the market, which grew from just over $1.1 billion in sales in 2020 to nearly $3.7 billion (up 234.5%) in 2021.”

The Honolulu Board of REALTORS reported in September 2021 that the median year-over-year sales price in the Waialae-Kahala area increased 10% to $2.1 million, up from $1.9 million. Homes there sold for 102.4% of the list price compared to 97.1% in September 2020. “Around Kahala, we have seen price increases of 35% over the last year,” notes Erik Hinshaw, a broker with Hawai’i Life with extensive experience in Kahala. “Teardowns even on the Kahala boundaries are selling in a week,” Hinshaw adds.

A rare development opportunity on Kahala Avenue on the sand with key approvals and design to construct six luxury residences is currently on the market for $19,000,000. The property includes hard-to-get permits and design work for six two-story paired townhomes on Hunakai Beach, one of Kahala’s gold-sand beaches. The townhomes are spacious, ranging from 3,442 to 3,647 square feet with garages and lanais, private yards, and pools. If the strong Kahala market continues, these oceanfront homes won’t last long.

The buyers for these homes include locals moving up to Kahala and an influx of younger buyers from California who like the urban amenities of Honolulu with the timeless Kahala lifestyle.

Hawai’i Life is a founding member of Forbes Global Properties, a consumer marketplace and membership network of elite brokerages selling the world’s most luxurious homes.

The Hottest Housing Markets Going Into 2022