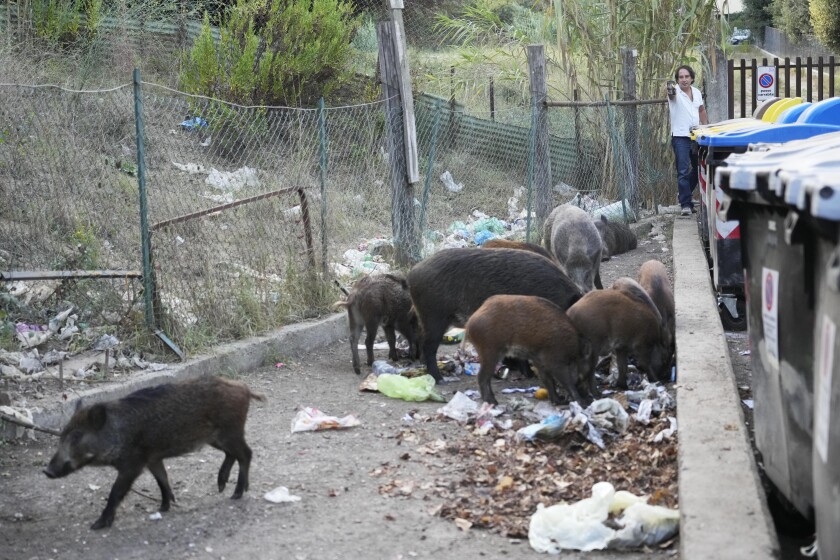 The first time Heather and Steve Giammichele of Southern California decided to take a road trip through Steve’s ancestral homeland of Italy, their car broke down about three hours outside of Pisa. At least 30 townspeople stopped to make sure the couple were OK, and one ended up canceling his plans for the day to drive them all the way to the Pisa airport to make sure they got a new rental.

The Giammicheles, from Orange County, were so struck by the hospitality that almost as soon as their 2019 trip ended, Heather began researching how they could move to Italy one day. A few months later, they enlisted an Italian company to help them start looking seriously at buying one of the country’s famously low-priced homes, including some on the market with the symbolic price of one euro — about $1.16.

“We looked at a bit of everything,” recalled Heather Giammichele, 31, a California state employee.

Late last year, the couple settled on a two-bedroom fixer-upper in the historic village of Palmoli, across the street from a castle and near a beautiful park with hiking trails through scenic hillsides. The price tag: 10,000 euros, or less than $12,000.

Rome has been invaded by Gauls, Visigoths and vandals over the centuries, but the Eternal City is now grappling with a rampaging force of wild boars.

The Giammicheles aren’t alone in the quest for a cheap home in the bel paese — or “beautiful country,” as Italy is known — and Palmoli isn’t alone in boasting properties to fulfill it. More and more Italian towns and villages eager to attract new residents are putting up homes for sale for as little as one euro (it’s illegal to give away property for free), a trend that was once confined to the impoverished and depopulated mountain towns in the south but that has spread since the start of the COVID-19 pandemic to wealthier northern regions like Liguria and Lombardy.

Officials have latched onto the idea as a way to breathe new life into moribund rural areas. With the pandemic showing many workers that they can do their jobs remotely — and that there’s life outside the urban jungle — the hope is that a good portion of prospective buyers will be younger people willing to relocate with their energy, their drive and their paychecks.

“We don’t just want these places to just make beautiful postcards but, through technological development, to be places to live — places that attract residents and digital nomads,” said Lucia Borgonzoni, Italy’s undersecretary for cultural heritage, activity and tourism.

The Italian government is also betting on small towns to help relaunch the nation’s economy following its coronavirus-induced downturn. Italy has about 5,800 towns with fewer than 5,000 residents; around 2,300 of those towns have been partially or completely abandoned. When COVID-19 slammed Italy in the early days of the pandemic — the virus has killed more than 131,000 people, the most of any country in Continental Europe except for Russia — residents in rural areas generally fared better than their urban counterparts.

The response to the offer of cut-rate homes has been overwhelming in some places, such as the town of Biccari, which lies nestled in the forests of northern Puglia. (Puglia is the heel of Italy’s “boot.”)

Biccari, population 2,700, announced in February that it was selling one-euro houses in need of a bit of renovation. Other ultra-affordable homes on the market, priced between about $8,000 and $11,500, were already habitable.

“We’ve received 20,000 offers from all around the world,” said Mayor Gianfilippo Mignogna.

Thanks to the pandemic, aspects of small-town life previously considered undesirable, including the more leisurely pace, have suddenly become attractive, Mignogna said. With remote working trends accelerated by the pandemic, people can achieve a healthy work-life balance in quieter places. 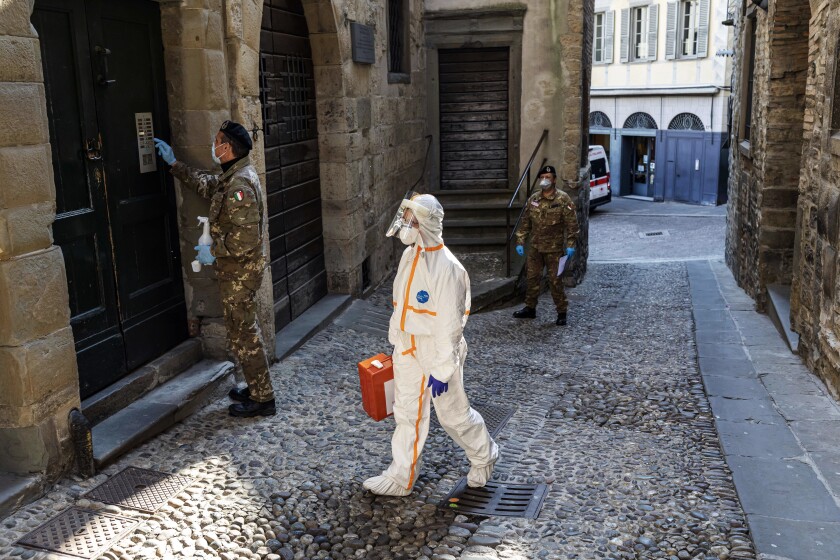 Air quality has been terrible for decades in Bergamo, in northern Italy, which last year suffered many COVID-19 deaths. Researchers see a connection.

It was this pandemic-spurred realignment of values — and news of other towns’ successes — that persuaded Biccari to launch the one-euro home program, Mignogna said.

Soon afterward, the Alpine village of Oyace (population 200) followed suit, and received more than 1,000 offers for four homes, said Mayor Stefania Clos. Many of them were from Italians abroad who wanted to move back to Italy because of the pandemic.

It’s difficult to determine how many of the buyers of one-euro homes are foreigners and how many are locals, but most towns seem to attract a combination of both. Non-Europeans can stay in Italy for only about six months out of the year, meaning that American buyers are generally looking for vacation homes, rental income and possibly a part-time retirement spot.

The Giammicheles, who live in Orange, bought their budget home in Palmoli, in Abruzzo, about a 30-minute drive from the Adriatic Sea, hoping eventually to settle in the country full time. They’re studying Italian and researching paths to citizenship based on Steve’s Italian ancestry.

Because of coronavirus travel restrictions, they haven’t been able to visit their new home in person yet, but once they do, they’ll start planning its renovation, said Heather Giammichele. She and Steve, 32, intend to visit and integrate as much as possible into the community, chatting with neighbors and sipping espresso.

Further in the future, the couple envisions buying farmland and installing solar panels.

“There are so many amazing properties in those little towns,” Heather Giammichele said. “They just need a little bit of help, a little bit of money from younger generations to revitalize the town.”

But repopulating Italy’s small towns can’t simply be an exercise in nostalgia, an attempt to re-create some Arcadian idyll cut off from modern amenities and infrastructure, renowned architect Stefano Boeri said.

Boeri — the designer of Milan’s celebrated “Vertical Forest” residential towers, which are covered in trees — said the goal of rejuvenating outlying areas should be to create a more symbiotic relationship between urban centers and the small towns and villages on their periphery. Italy’s 14 metropolitan areas can offer economic heft, innovation and services, while surrounding towns can provide resources like clean water, healthy food and space for satellite corporate and academic offices.

Must-read stories from the L.A. Times

Get all the day’s most vital news with our Today’s Headlines newsletter, sent every weekday morning.

Under Boeri’s supervision, students at the Polytechnic University of Milan have designed case studies and begun working with small towns to realize his vision.

“I don’t see it as competition” between cities and villages, Boeri said. “I see it as an interesting alliance.”

Ignazio Tuzzolino, a retired banker from Palermo, was looking for a weekend retreat close to the Sicilian capital when he and his wife decided to buy a four-story house in the village of Gangi. Built in traditional white stone, with sweeping views of green valleys, the home — which took about a year to renovate — is about an hour’s drive from the city.

Gangi has been completely transformed since it launched the one-euro housing craze in Italy in 2011, Mayor Francesco Paolo Migliazzo said. A medieval hamlet with frescoed churches and steep, narrow stone pathways, it was declared the most beautiful small town in Italy in 2014. Today, tour guides shuttle groups of visitors along historic and artistic walking routes. 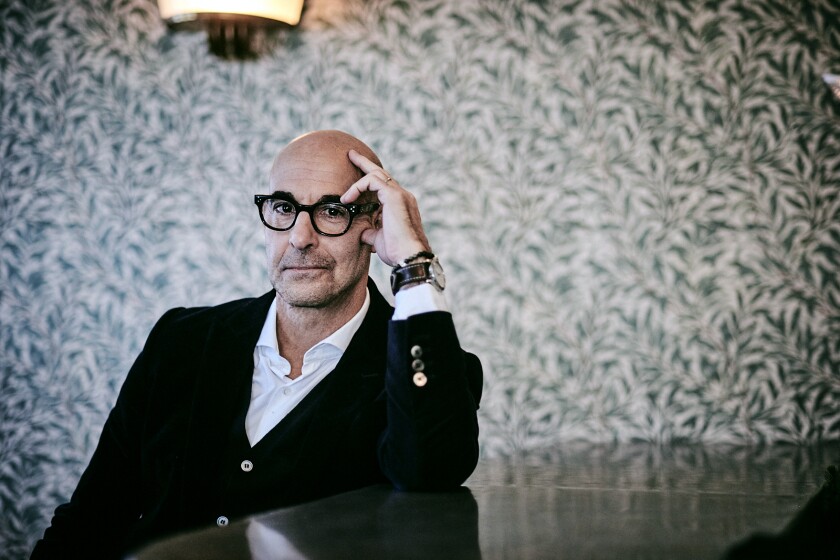 A negroni made Stanley Tucci a social media star. There’s more where that came from

Fittingly, the veteran actor and foodie went viral last spring for mixing a drink: “I have experienced my life, in a lot of ways, through my mouth,” he says.

Many Italian villages are home to important artworks and other cultural heritage that local administrators hope to publicize through their one-euro home campaigns.

Living in such places can come with drawbacks, including a lack of specialized medical care, fewer academic opportunities and more difficulty traveling. But Tuzzolino, 61, loves the break from urban stress.

“When we’re in Gangi, the thing we enjoy most, besides relaxing, is taking walks around the town,” said Tuzzolino, 61. “It’s that life of taking walks, meeting people you know, stopping to chat, having a coffee or eating breakfast together. It’s a very simple life, and certainly much less frenetic than the one we live in big cities.”

Brancolini is a special correspondent.

Ben Simmons is selling his mansion outside Philadelphia for $5 million

Fight over 'The One' mega-mansion heads to Bankruptcy Court