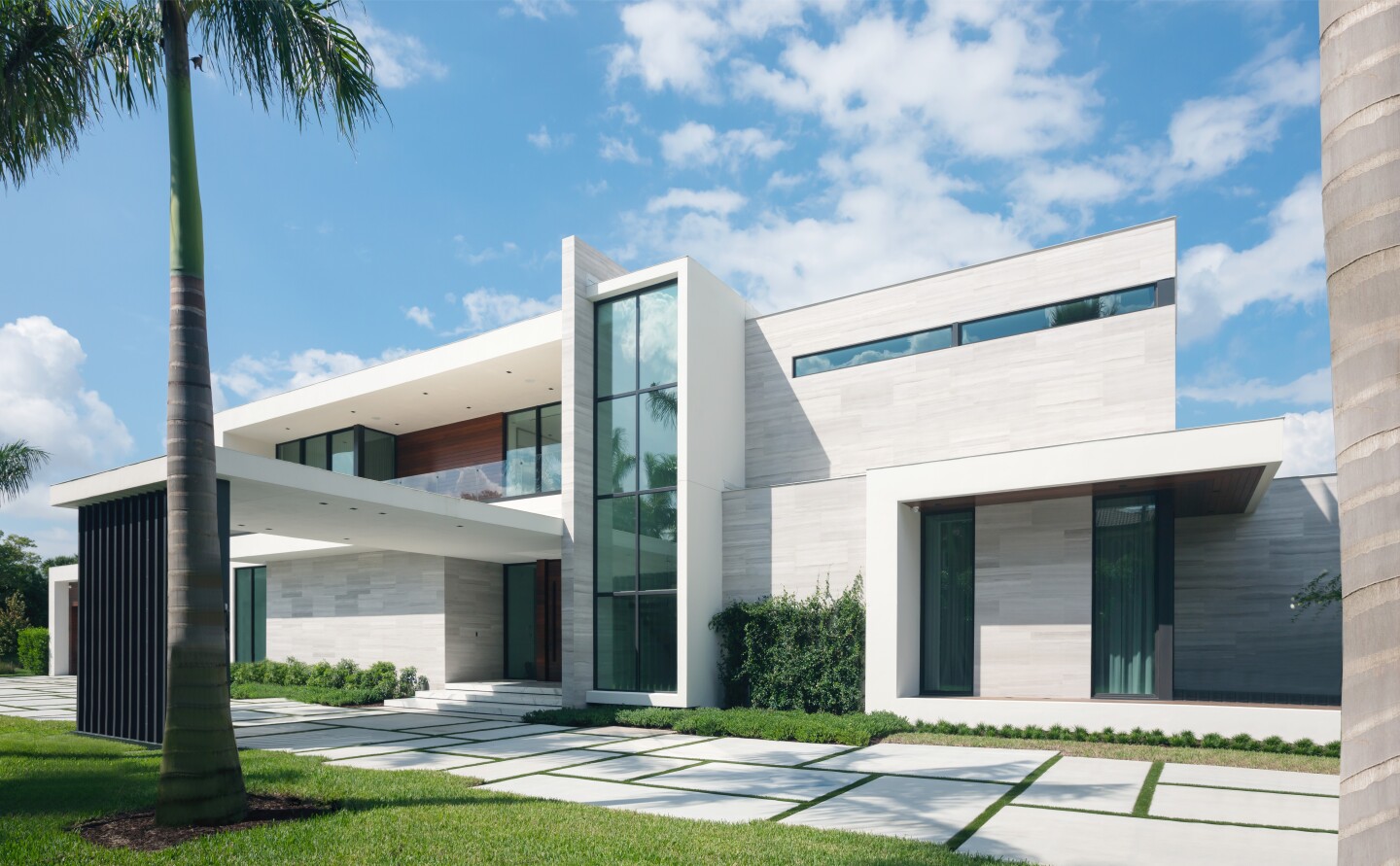 Baseball veteran Asdrúbal Cabrera knocked his Florida home sale out of the park, selling the newly built mansion in Landmark Ranch Estates for $7.41 million. The $791-per-square-foot deal is the highest-priced in the neighborhood’s history.

Cabrera, a two-time MLB all-star who won a World Series championship with the Washington Nationals in 2019, told The Times he sold the house to focus on a more equestrian lifestyle. He paid $1 million for the raw land in 2016 and worked on the design with Choeff Levy Fischman, an architecture firm whose other star clients include Alex Rodriguez and Giovani Bernard.

Completed last year, the modern showplace sits on 2.4 acres in Southwest Ranches, a suburb of Miami. It spans 9,300 square feet with an additional 700 square feet of balconies and comes with a basketball court, sunken fire pit, swimming pool and cabana.

The smart house holds seven bedrooms and 10 bathrooms but saves plenty of room for amenities such as a movie theater, gym, wine cellar and elevator. Wood accents pop up throughout the floor plan; an 11-foot wood door anchors the entry, and floating wood stairs ascend to the second story. Outside, warm woods offset the sleek white exterior.