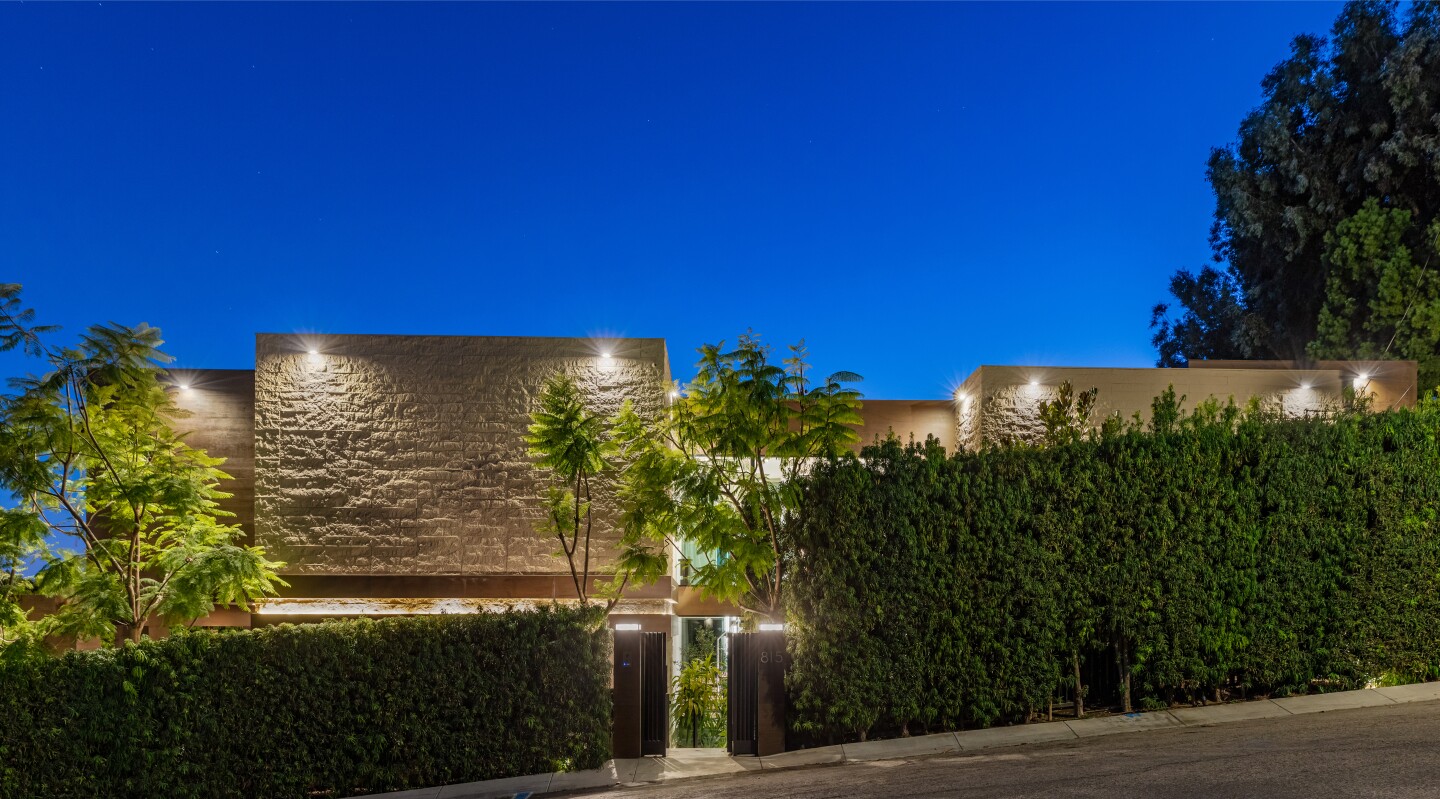 Lakers co-owner Jesse Buss is making moves away from the court as NBA season tips off, listing his Brentwood mansion of three years for $10.95 million.

Buss, who splits a majority share of the Lakers with his five siblings and serves as the team’s assistant general manager, paid $9.75 million for the modern residence when it was newly built in 2018. Records show he moved to Encino earlier this year, shelling out $5.9 million for a Mediterranean-style estate off Mulholland Drive.

The place he’s selling sits a few houses down from the home of LeBron James, who paid $23 million for a 16,000-square-foot showplace there in 2017. It’s one of two homes that James owns in Brentwood in addition to the Beverly Hills compound he bought last year for $36.75 million.

Buss’ place is a bit smaller at 6,500 square feet but still has room for six bedrooms, eight bathrooms, a movie theater, yoga studio, billiards room, onyx bar and wine cellar across three stories. He kept things pretty much the same during his stay with vast, minimalist spaces opening outside through pocketing walls of glass.

Highlights include a floating staircase encased in glass and a chef’s kitchen draped in marble and Australian oak. A deck and balcony hang off the top level, overlooking a swimming pool and spa that take in sweeping views of the city below.

Jennifer Beron of Compass holds the listing with Wes Pinkston.