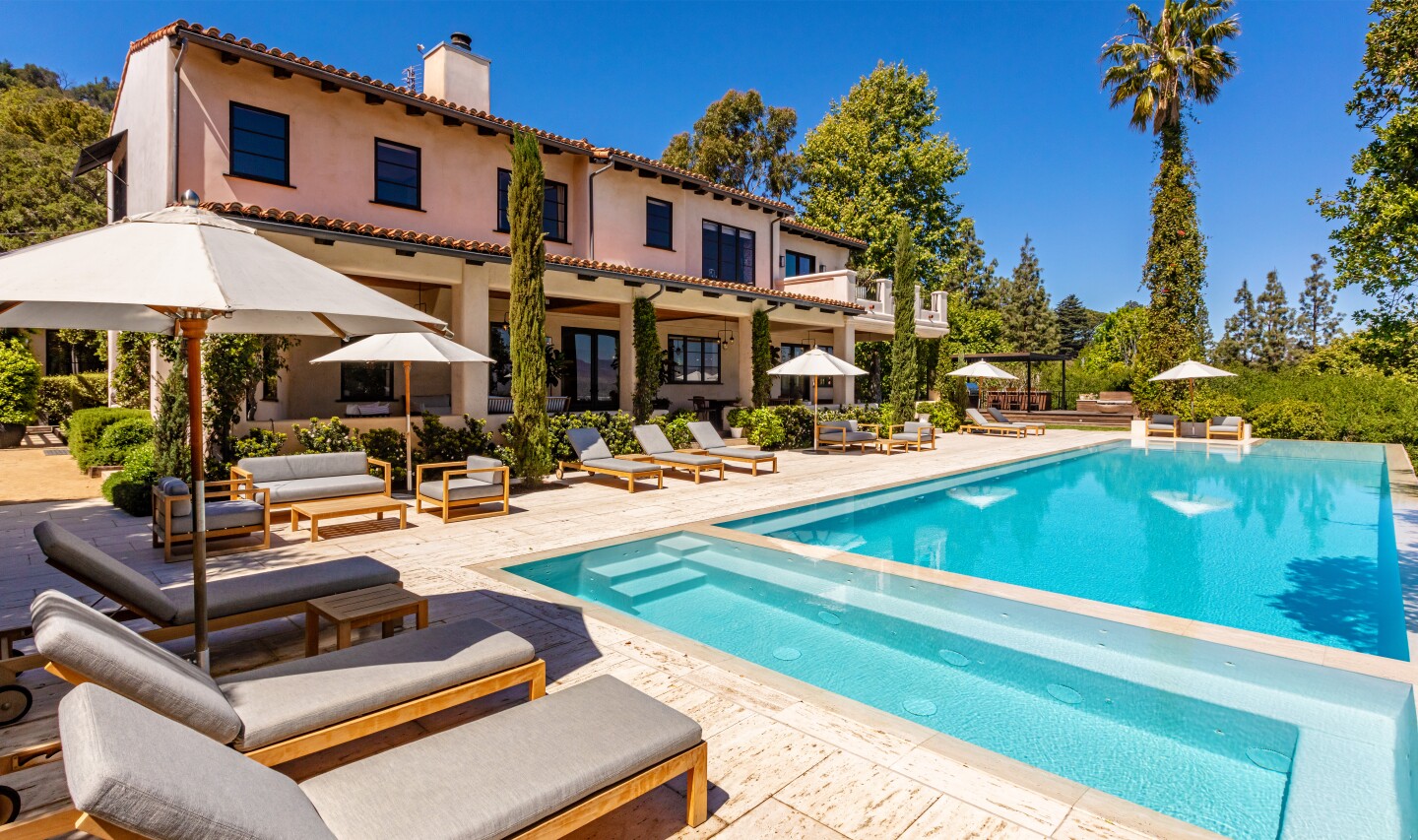 Justin Timberlake and Jessica Biel have a prized property on their hands, and they want a near-record sum for it. The couple just listed their colossal compound in Hollywood Hills for $35 million, and if they get their price, it’ll be one of the biggest deals in the neighborhood’s history.

Unlike tony communities to the west such as Beverly Hills, Bel-Air and Brentwood, Hollywood Hills rarely sees sales north of $30 million. But this estate offers significantly more space than anything else on the market in the typically crowded community.

The Spanish-style stunner covers 13,530 square feet and sits on more than 10 acres, making it the largest home on the largest lot currently up for grabs in an area where land comes at a premium.

Timberlake has owned the home for nearly 20 years, having bought it from actress Helen Hunt for $8.3 million in 2002 two years after it was built. Before that, the property was once part of actor Errol Flynn’s estate, according to the listing.

During their stay, Timberlake and Biel remodeled the salmon-colored villa and added an 85-foot-long infinity pool, which pours into a plunge pool below. Other highlights across the landscaped grounds include a tennis court, meadow, forest and vegetable gardens.

Tucked at the end of a cul-de-sac and secured by gates and a guard house, the clay-tile-topped retreat opens to scenic spaces filled with rustic beams over hardwood floors. In total, there are nine bedrooms and 11 bathrooms as well as a gourmet kitchen, gym and movie theater.

Only two Hollywood Hills homes have sold for more than $35 million in recent years, according to the Multiple Listing Service: a modern mansion featured on Netflix’s “Selling Sunset” that traded hands for $35.5 million in 2019 and a spec house in the Bird Streets area that went for $42.5 million last year.

A ten-time Grammy winner, Timberlake found fame as a member of the boy band ‘N Sync before a solo career that has seen him release five studio albums including 2018’s “Man of the Woods.” As an actor, he appeared in the films “The Social Network,” “In Time” and “Inside Llewyn Davis.”

Biel has acted for nearly three decades and rose to prominence as Mary Camden in the WB series “7th Heaven.” Her other credits include “The Texas Chainsaw Massacre,” “The Rules of Attraction,” “New Year’s Eve” and “Hitchcock.”