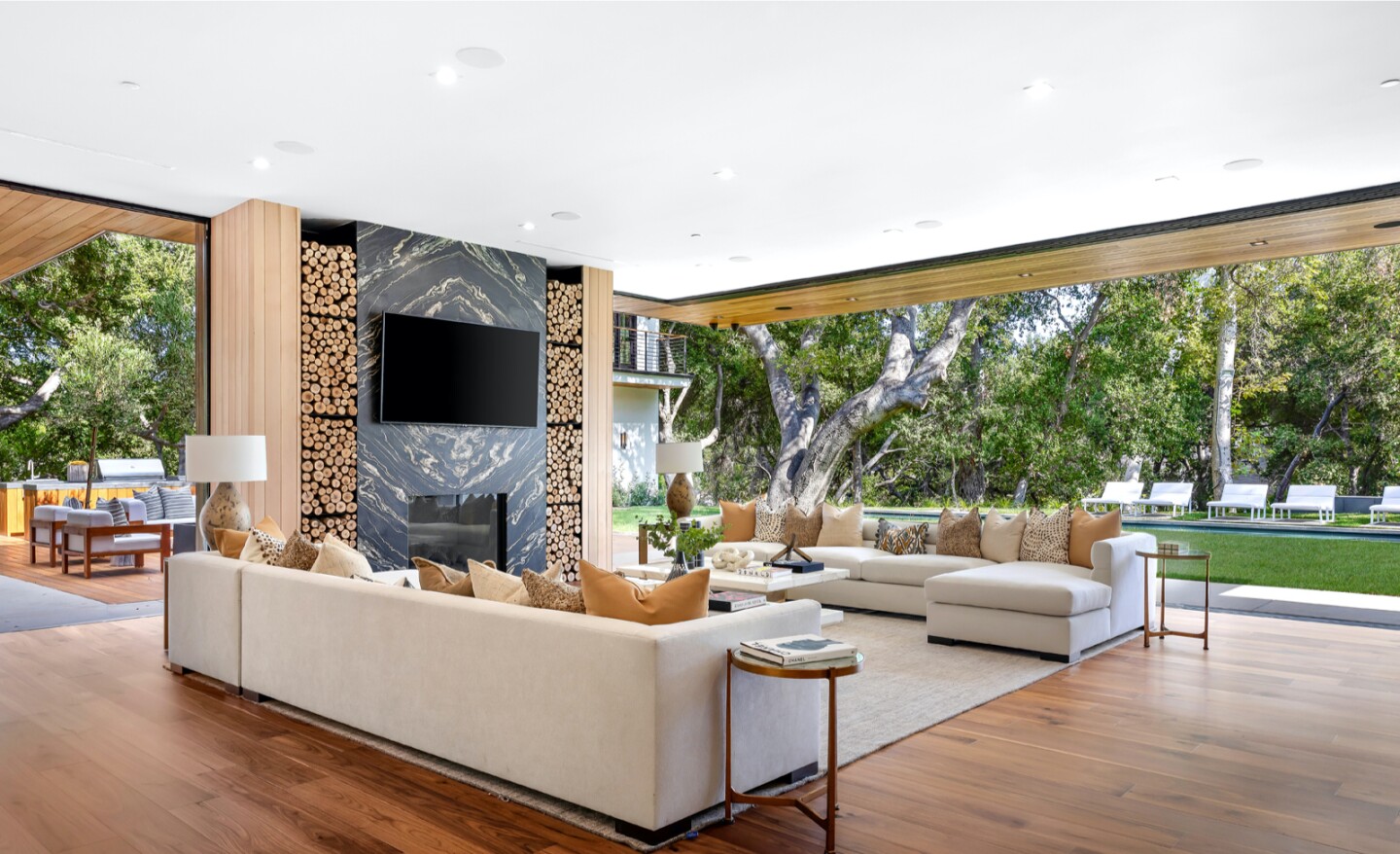 Joe Jonas and Sophie Turner are swapping coasts. A few days after shelling out $11 million for a glass mansion in Miami, the couple have sold their Encino showplace for $15.2 million.

It’s the priciest sale the San Fernando Valley neighborhood has seen so far this year and the second-priciest ever. The current crown belongs to another Jonas, Nick, who paid $20 million for a 20,000-square-foot home there two years ago with his wife, Priyanka Chopra.

Jonas and Turner walk away with a profit of $1.1 million after paying $14.1 million for the property when it was newly built in 2019, records show. They first listed it over the summer for $16.75 million.

The modern pad was designed by Jae Omar, who used a design palette of glass, imported stone and aged natural wood. It holds nine bedrooms, 11 bathrooms and myriad unique amenities including an aquarium, cigar humidor, fog machine, DJ station, disco lights and a kegerator — a specialized refrigerator used to store and dispense beer.

Outside, hanging lanterns light a turf backyard with a swimming pool, spa, putting green, wine cellar and outdoor projector. Patios and balconies survey the space, which spans nearly an acre.

Jonas, 32, reunited with brothers Nick and Kevin in 2019 to release “Happiness Begins,” the Jonas Brothers’ first studio album since 2009. The frontman was previously performing with DNCE, the funk-pop band he founded in 2015.

A native of England, Turner gained fame as Sansa Stark in HBO’s “Game of Thrones,” earning a Primetime Emmy nomination for the role in 2019. The 25-year-old has also starred in the films “Josie,” “Time Freak” and the X-Men installment “Dark Phoenix.”

Column: You want the house, so you write the owner a love letter. But the practice is under fire