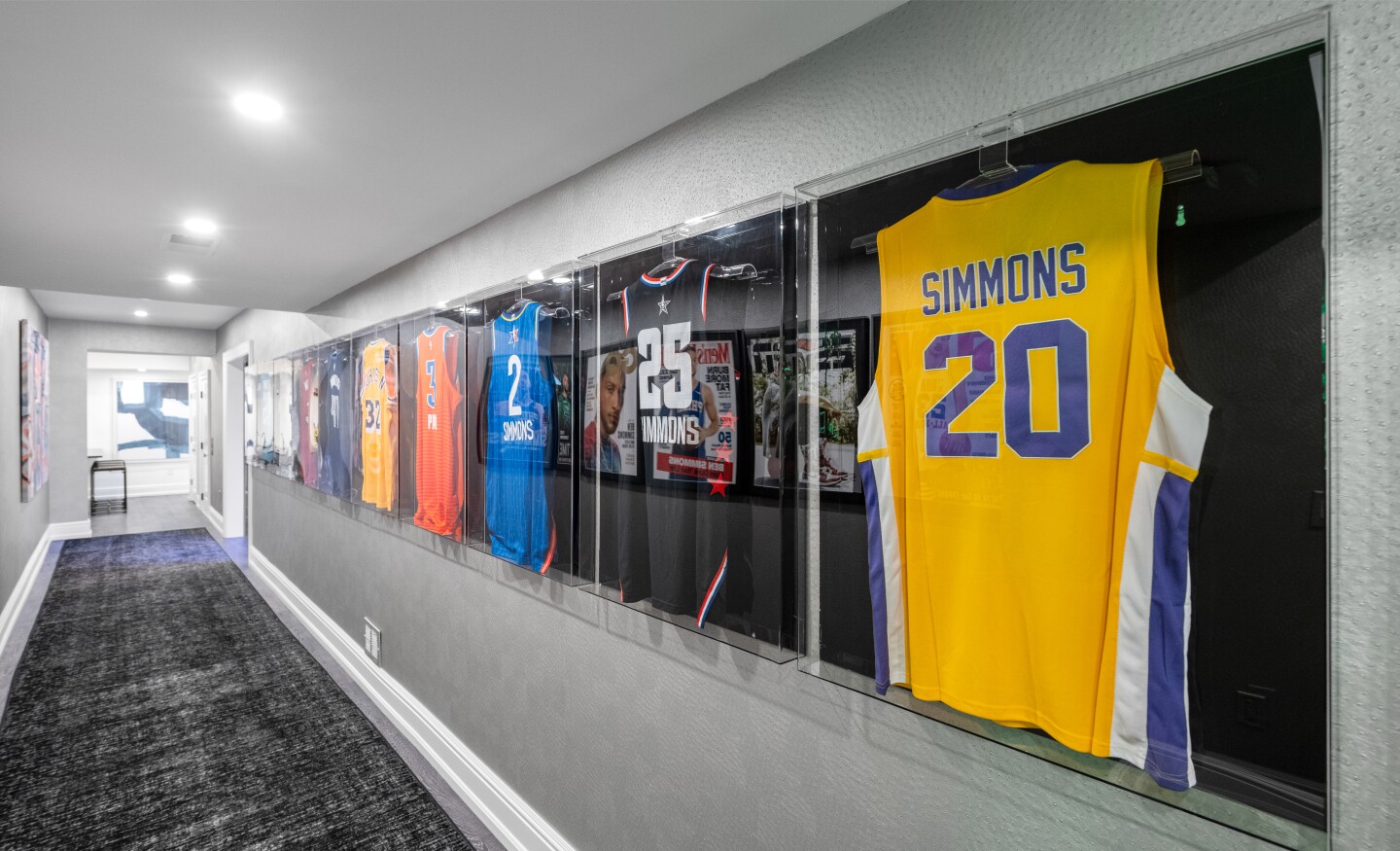 Ben Simmons has made it quite clear that he’s no longer interested in playing for the Philadelphia 76ers, and his latest real estate move suggests he’s serious. The star point guard recently put his custom mansion in the area on the market for $5 million.

The listing surfaced a day after he was sent home from practice and suspended by the 76ers for one game due to conduct detrimental to the team.

The $5-million price tag is an ambitious ask for the three-time NBA all-star, who bought the place newly built in 2019 for $2.275 million a few months after inking a contract extension with the 76ers worth $170 million. He likely only lives there during basketball season; over the summer, he dropped $17.5 million on a 12,000-square-foot farmhouse in Hidden Hills.

The place he’s selling is a bit smaller at 10,500 square feet. It spans 1.8 acres in Moorestown, a New Jersey town about 25 miles from the Wells Fargo Center, where the 76ers play in Philadelphia.

Tucked on a cul-de-sac, the three-story home doesn’t quite have the array of outdoor amenities that his Hidden Hills property does, but there is a basketball hoop at the end of the driveway. Inside, unique touches include zebra-print quartz countertops, an all-black dining room and a movie theater with a custom-made couch.

Elsewhere are five bedrooms, 5.5 bathrooms, a breakfast booth, a wine wall, a ventilated lounge, multiple bars, an elevator, an aquarium, a candy room, a billiards room and a gaming room lined with LED lights. Listing photos show Simmons’ jerseys and magazine covers adorning the walls. One nook is lit by a neon green sign that says “Simmo the Savage!”

A private terrace on the primary suite overlooks the bucolic grounds, which add an irrigation system, privacy landscaping and a six-foot fence that surrounds a small dog park with turf grass.

A native of Australia, Simmons spent a year at LSU before being drafted first overall by the 76ers in 2016. The 25-year-old won NBA Rookie of the Year in 2018 and was named an all-star in the three seasons since.

Buck the system: In Italy, old towns eager for new blood sell homes for about $1