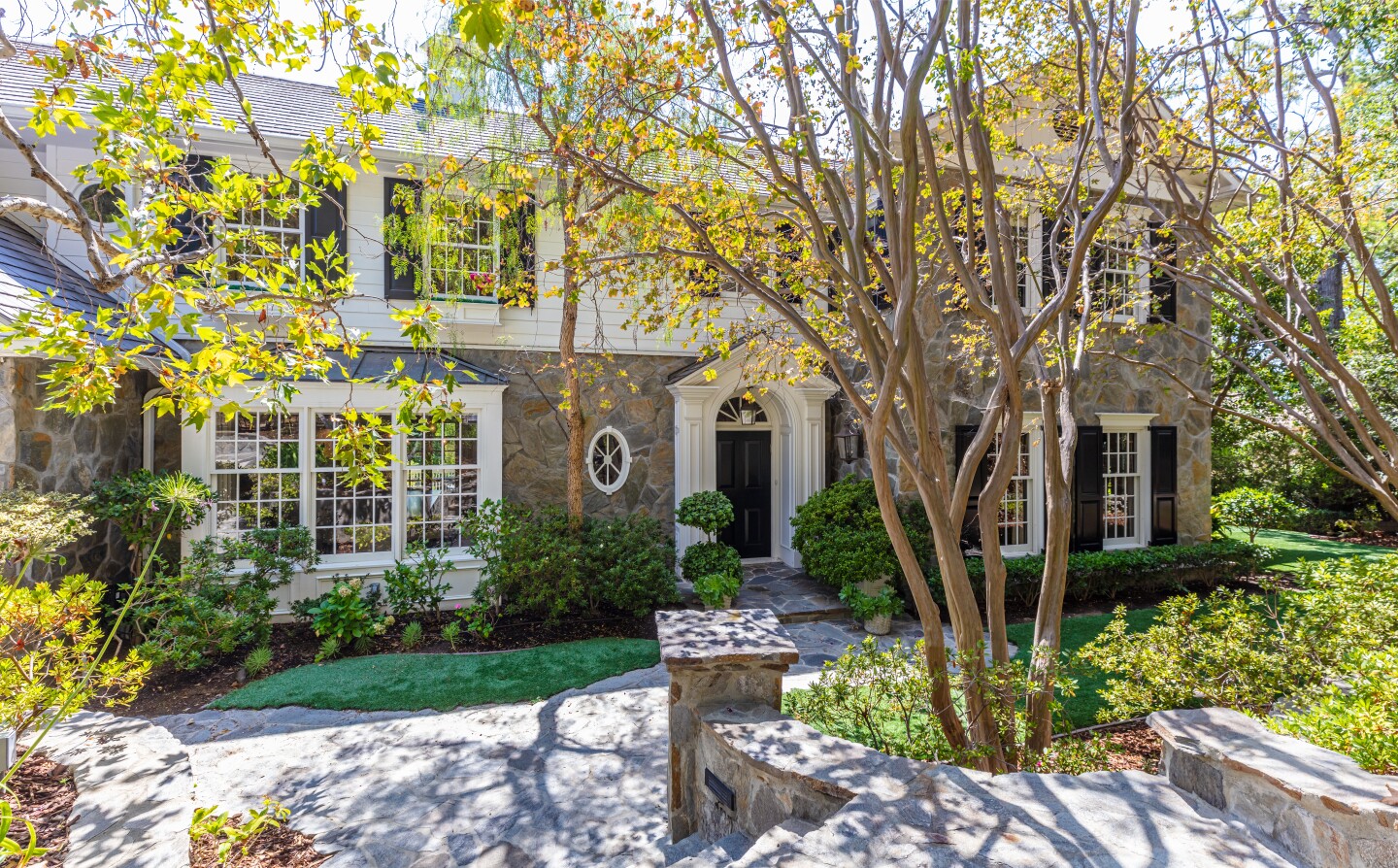 Now that their sustainable farmhouse in Beverly Hills is complete, married actors Ashton Kutcher and Mila Kunis are looking to sell their East Coast-inspired home a few streets over for $12.25 million.

That’s about $2 million more than the pair paid in 2014 a few months after becoming engaged.

Built in 1999, the 7,300-square-foot spot is a bit more traditional than their new property — a stunning hilltop compound they built as a passion project dubbed KuKu Farms complete with a well and cornfield, which they planted and harvested during the pandemic.

The one they’re selling sits on the other side of Franklin Canyon Park in guard-gated Hidden Valley. It claims half an acre and comes with a landscaped yard with a stone-lined swimming pool.

Stone also covers the exterior of the home, which fits five bedrooms and 5.5 bathrooms in two stories. The main level holds a wet bar and mahogany office. Downstairs, there’s a wine cellar, sauna and gym.

Kutcher starred in the sitcom “That ’70s Show” before appearing in the films “My Boss’s Daughter,” “The Butterfly Effect” and “Guess Who.” More recently, the 43-year-old portrayed Steve Jobs in “Jobs” and has also expanded his investments as a venture capitalist over the last half-decade.

A native of Ukraine, Kunis also starred in “That ’70s Show” before breakout roles in “Forgetting Sarah Marshall” and “Black Swan,” for which she won a Golden Globe. Her more recent credits include “Friends with Benefits,” “Ted” and “Oz the Great and Powerful.”

The couple also own a beach house up the coast in Carpinteria, which they bought for $10.1 million in 2017.

What homes can you buy for $1 million in L.A.? Here's a look