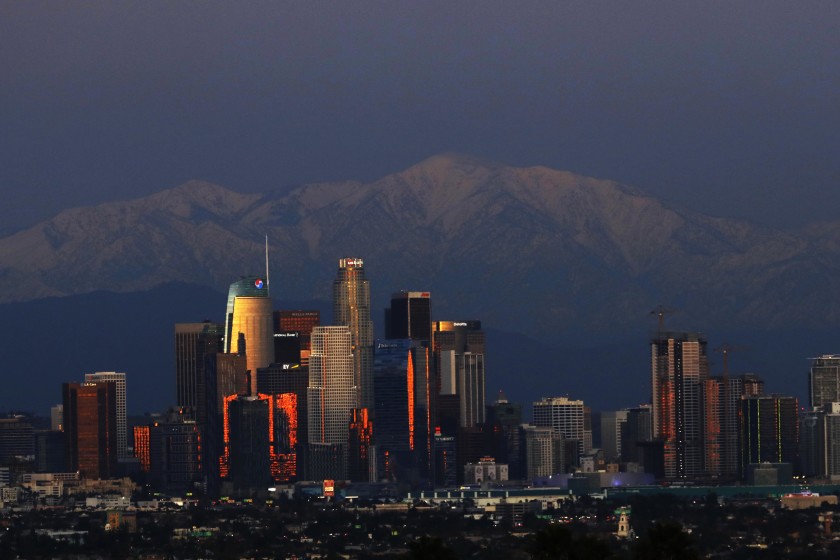 This summer, we began asking readers to submit their most pressing business-related questions about Los Angeles and California.

Then we put the questions to a vote, allowing readers to decide which question we would answer in story form.

Our latest winner was submitted by Francesca Muller, who asked: How did the oil industry play a role in attracting people to Los Angeles at the turn of the 20th century?

Imagine Los Angeles in the 1920s. What do you see? Many people conjure visions of the fledgling film industry, populated with actors such as Charles Chaplin and Greta Garbo and Hollywood hopefuls arriving in droves.

Although the movie business certainly played a role in Los Angeles’ development during the 20th century, the oil industry also spurred the growth of what is now the second-largest city in the United States.

“Oil, motion pictures and real estate were like the trifecta of forces that were attracting migrants to come west to L.A.,” said Becky Nicolaides, a research affiliate at USC and UCLA. “Oil was kind of right up there with the glamor of Hollywood.”

Edward Doheny wasn’t the first to find oil in the Golden State. But his 1892 oil strike in Los Angeles set in motion a spurt of economic and population growth, alongside pollution and environmental devastation.

It would take roughly a quarter of a century for the oil boom to reach a fever pitch.

“A lot of the people came to Los Angeles during the big boom [from] 1917 to 1925,” San Diego State history professor Sarah Elkind said, when “there was this enormous series of large [oil] strikes in the L.A. Basin.”

Ask us your questions about L.A. and California

Whatever’s puzzling you about housing, energy, tech, labor or real estate in L.A. and California, we want to hear about it.

It was “a bit of a gold rush, and news traveled,” Elkind said, with newspaper coverage of the strikes reaching job seekers across the country.

“People heard about these, like huge oil strikes out here and … were motivated to come out to try to strike it rich,” Nicolaides said. “It’s almost like a parallel Hollywood story because you have plenty of people coming out to become stars.”

Many oil industry workers in Oklahoma and Texas made the journey west, joining others migrating from other parts of California and farther-flung states. “They followed the oil,” Elkind said.

Between 1920 and 1930, the population of Los Angeles more than doubled from less than 600,000 to more than 1.2 million. Oil was an important factor beyond the petroleum itself.

The oil boom in Los Angeles also coincided with a real estate boom during the 1920s.

In the winter of 1922-23, the Long Beach Press advertised small tracts of land for sale in a community called “Petroleum Gardens,” Nicolaides said, with “all oil rights included.”

“This was really typical of real estate hawking in the ‘20s,” she said. “They were selling the dream that you could buy a tract in this little community and strike it rich.”

Some Southern California landowners got lucky.

“They first discovered oil in Signal Hill in June of 1921,” Nicolaides said. “It went from being this sleepy little rural town to the richest community in the nation.”

But especially as land was increasingly bought up across L.A., that dream became harder to achieve.

“It was very much a story of haves and have-nots in [the oil] industry,” Nicolaides said. “You had some workers who were really living in pretty substandard conditions.”

Daily life for many oil-field workers — and their families who sometimes lived onsite — was dangerous.

“One out of every four was hurt or killed on the job in the [early] 1920s. It was brutal,” said Cal State Long Beach history professor Nancy Quam-Wickham, who has read coroner’s reports from job sites of the time. “Workers would drown all the time. They’d fall into tanks because they only had tarpaper roofs.”

Despite the unpleasant sides of the industry, many workers ended up staying in L.A., Quam-Wickham said, especially as oil production stabilized and jobs shifted to refinery work. “The refinery workforce is a lot more stable. That’s when people put roots down.”

After World War II, many veterans sought work in L.A.’s oil industry. “Despite the fact that you’re exposed to all kinds of carcinogens, [oil refinery work was] a damn good job,” she said. “It was certainly a stable job, throughout the postwar period.”

With the war also came an opportunity for L.A. to “benefit from these industrial roots that have already been put down,” Nicolaides said. “That would really help the region take off economically” into the second half of the 20th century.

Today, L.A.’s oil production is a shadow of what it used to be.

“In the 1920s, L.A. was generating about 25% of the world’s oil production, and today it’s a micro-fraction of that,” said Uduak-Joe Ntuk, the state oil and gas supervisor who manages the California Department of Conservation’s Geologic Energy Management Division.

Yet evidence of the industry’s legacy is everywhere, from the shape of L.A. neighborhoods to the names of places such as the Getty Center, Hancock Park and Doheny State Beach.

On a macro scale, “the L.A. metro area was heavily influenced by the oil industry. You had suburban communities, residential communities cropping up near these oil sites” Nicolaides said. “It was a driver of suburbanization and the shape of that suburbanization.” 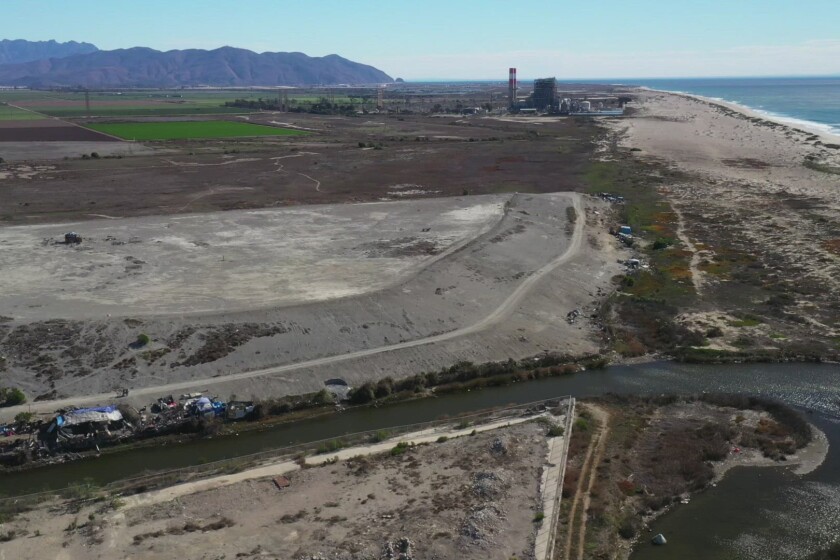 Lower-income communities of color are five times more likely to live within half a mile of a toxic site that could flood by 2050, new research shows.

In communities across L.A., the oil industry has left distinctive marks on the landscape.

“Growing up in Long Beach, we have the four oil islands there. As a kid, I thought they were the Hawaiian Islands dressed up with palm trees and waterfalls. I didn’t know the difference,” Ntuk said.

The oil industry has “been integrated into L.A. culture historically for a long time,” he said. After all, “the Grove is built on top of a former drill site…. We’re still dealing with the legacy of oil and gas production 150 years ago.”

The oil industry has wreaked havoc on L.A.’s environment, including pollution, fires and the release of toxic gas.

In early 2020, The Times reported that fossil fuel companies left thousands of oil and gas wells across the state unplugged and idle, many for longer than a decade. Census data revealed more than 350,000 Californians live within 600 feet of unplugged wells, with their health potentially threatened.

A final, inescapable remnant of L.A.’s oil history? That hunk of metal sitting in your driveway.

“We went from big oil producer to big oil consumer,” Ntuk said. “We’re the largest car market in America and the largest users of gasoline in America.”

Insurance Coverages to Support Your Lifestyle in Mexico